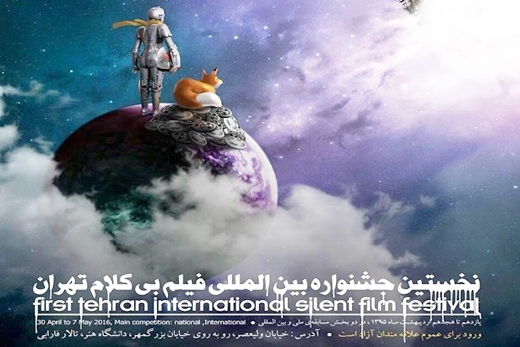 The 1st Tehran International Silent Film Festival is underway in the Iranian capital, and runs from April 30 to May 5 in two sections: National and International Cinema.

According to the festival’s public relations office, this is the first time in Asia that a festival with a focus on non-verbal films is being held.

The festival has not set many limitations for its participants. Student or non-student participants have submitted their films, regardless of the duration or the year of the film’s production. According to Alireza Ghasemi, founder and director of the festival, over 800 submissions have been received, of which 70 titles will be screened in the international section and 45 titles in the national category.

Ghasemi – previously the director of the 11th Nahal Student Film Festival – also mentioned the broad reception of the festival by non-Iranian participants.

To find out about the screening programs for the international section, please visit here. The festival is accessible to the public free of charge.