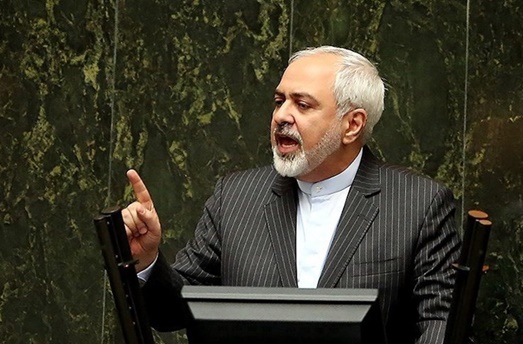 Foreign Minister Mohammad Javad Zarif said on Sunday June 12 that the Joint Comprehensive Plan of Action (JCPOA) had been reached thanks to the guidelines of the Supreme Leader of the Islamic Revolution Ayatollah Seyyed Ali Khamenei, and the people's resistance and prayers.

Zarif made the remarks while attending a Majlis (parliament) open session to give a report on the Economy of Resistance and foreign investment.

Zarif reiterated that the anti-Iran sanctions would have been increased, if the JCPOA had not been reached. He added that a new sanction had been imposed almost monthly against Tehran over the past years.

“If anti-Iran sanctions had continued, Iran’s oil sales would have been dropped below 200,000 bpd, and later almost zero,” he said.

Zarif reiterated that thanks to the Iranian people’s resistance and the great efforts of the Petroleum Ministry, Iran’s oil exports have currently reached 2,000,000 bpd.

Today, the new Majlis is holding its seventh session since it started work after the February 26 Parliamentary elections nationwide.