Zarif: Iran Sees No Hurdle in Establishing ‘Healthy’ Economic Ties with US 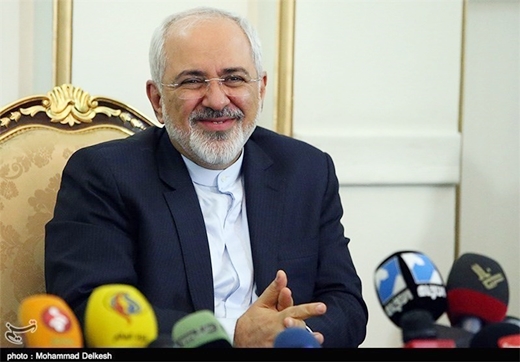 Speaking to reporters upon his arrival to the US city of New York on Monday, Zarif emphasized that as far as Iran is concerned, there is no obstacle in the way to establish “healthy economic relations” with the US.

However, he dismissed the notion that Iran has sought to resume trade ties with the US through the July 2015 nuclear deal with six world powers, saying that the Islamic Republic has not been after establishment of trade relations with the US up to now.

He said Iran agreed to the nuclear deal, also known as Joint Comprehensive Plan of Action (JCPOA), to prevent the US interference in Tehran’s economic ties with other countries.

The Iranian top diplomat further stressed the necessity for the US to fully implement the JCPOA, saying that he will discuss the issue in his meeting with US Secretary of State John Kerry later on Tuesday.