Zarif to Discuss JCPOA Commitments with Kerry in Oslo 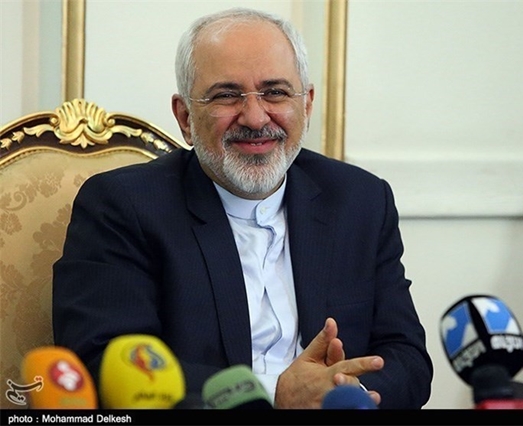 Iranian Foreign Minister Mohammad Javad Zarif, who is in Norway, said in his visit to the Scandinavian country, he will hold talks with US Secretary of State John Kerry on Washington’s commitments under the July 2015 nuclear deal between Tehran and world powers.

Speaking to reporters upon his arrival in the Norwegian capital of Oslo on Sunday night, June 12, Zarif pointed to his plans for the new round of his European tour, saying that he will participate in the Oslo Forum and hold meetings with senior Norwegian officials on a range of issues, including ways to boost bilateral relations in various areas.

In his three-day visit to Norway, Zarif will deliver a speech at the Oslo Forum on Tuesday, he said, adding that on the sidelines of the international event, he will meet with Kerry and discuss US commitments under the nuclear deal between Iran and the Group 5+1 (Russia, China, the US, Britain, France and Germany), known as the Joint Comprehensive Plan of Action (JCPOA).

The Iranian top diplomat also said he also plans to visit Berlin for a few hours to meet with his German counterpart Frank-Walter Steinmeier and hold talks on various bilateral and regional issues.

While the JCPOA, a 159-page nuclear agreement between Iran and the Group 5+1 came into force in January, some Iranian officials have complained about the US failure to fully implement the accord.

Earlier in March, Leader of the Islamic Revolution Ayatollah Seyyed Ali Khamenei said Americans have yet to fulfill what they were supposed to do as per the nuclear deal.

Iran still has problems in its banking transactions or in restoring its frozen assets, because Western countries and those involved in such processes are afraid of Americans, the Leader said at the time, criticizing the US for its moves to prevent Iran from taking advantage of sanctions removal.