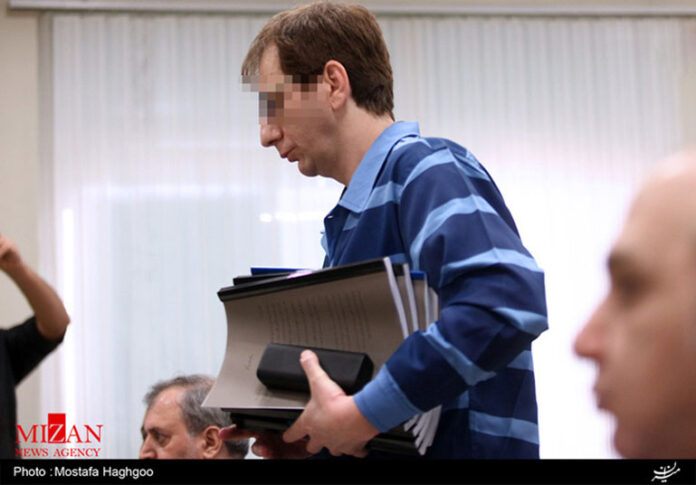 The trial of Babak Zanjani, a young billionaire who stands accused of corruption on earth and massive fraud, is underway at branch 15 of the Revolutionary Court of Tehran.

The oil billionaire’s trial, presided over by Judge Abolghasem Salavati, opened on Saturday (October 3) and its third hearing was held on Monday.

The following pictures of Zanjani’s open trial have been released by the Judiciary’s Mizan Online News Agency: