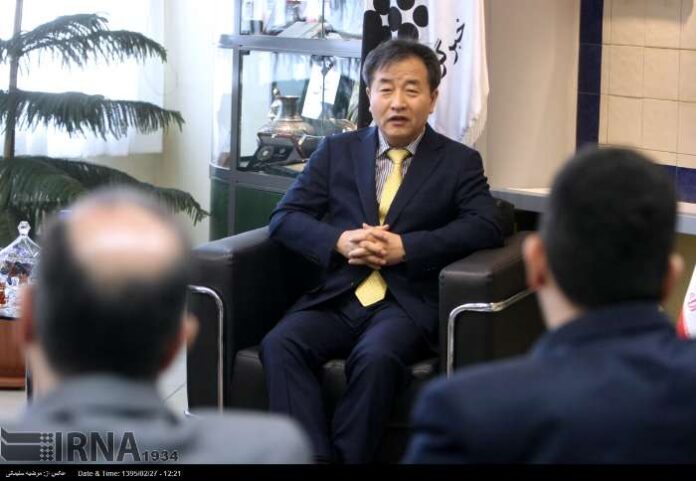 Yonhap’s Chief Ececutive Officer made the remarks on May 16 while he was on a short tour to the news room of the Islamic Republic News Agency (IRNA) in Tehran. He is in Iran by the invitation of the Managing Director of IRNA, Mohammad Khodaddi.

Referring to a previous agreement between IRNA and Yonhap in the 1980s, Park expressed hope that the two news agencies would try to take advantage of the agreement, which he believed has not been completely fulfilled so far, and will promote bilateral ties in the field of media cooperation.

Stressing that Yonhap is an independent news agency, Park said the agency prefers to have direct access to news and reports about Iran without referring to Western news agencies. Therefore, he added, the South Korean news agency welcomes an exchange of correspondents between IRNA and Yonhap.

Noting that the South Korean news agency dispatches many correspondents interntionally, Park said his visit to IRNA made it possible to boost media relations between IRNA and Yonhap, especially in terms of exchanging video clips.

Yonhap inaugurated its Tehran office two weeks ago. This is the first South Korean media to be present in Tehran.