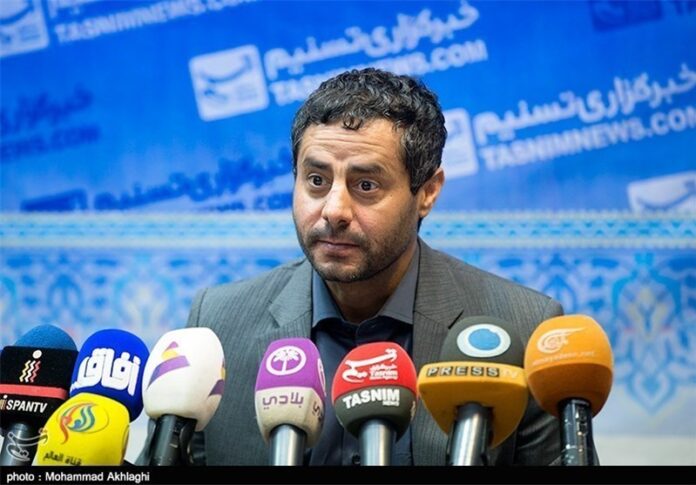 A senior member of the Supreme Political Council of Yemen’s Ansarullah Movement says the goal of the Yemeni army’s recent drone strike at Aramco oil facilities was to force Saudi Arabia to end the war.

Mohammed al-Bukhaiti said when Saudi Arabia stops its aggression and ends its siege against Yemen such attacks will automatically come to an end.

Regarding Saudi Arabia’s claims and charges against Iran, he told Tasnim News Agency that “Saudi Arabia has declared war on Yemen on the pretext that our stored missiles are a threat to its security, and today, when we target Saudi oil wells, it is a surprise that they accuse other countries. It proves that they are defeated and also shows their cowardice.”

Al-Bukhaiti said US and Saudi radars are unable to intercept Yemeni aircraft adding that if they could intercept these aircraft, they would shoot them down.

In addition, he added, US Secretary of State Mike Pompeo said that the planes come from Iran because there is no proof showing they come from Yemen. “Essentially, he had to provide proof for his claim. This is a military and political defeat for Saudi Arabia and the United States.”

In response to a question about Iran’s initiative to stop the war on Yemen and Saudi Arabia’s opposition to it, Bukhaiti said “Riyadh is not moving towards its own interests and its people. It just pursues the interests of the Americans.”

“Now the cessation of war has not only become a benefit for Yemen and Saudi Arabia, but beyond that it has become a more important benefit for Saudi Arabia. Because Yemen doesn’t have much to lose, yet we see the obstinacy of Saudi Arabia as the US decides for them,” underlined Bukhaiti.

The facilities in of Aramco in Buqayq and al-Khurais were hit by the drones. The attack led to the disruption in Saudi oil production and exports.

Reports suggest that the Yemeni forces’ attacks have disrupted 5 million barrels per day of oil production. The amount is almost half of the kingdom’s current output.

Yemen’s senior military officials say attacks like this are just the tip of the iceberg in case Riyadh is to continue its war on the country.