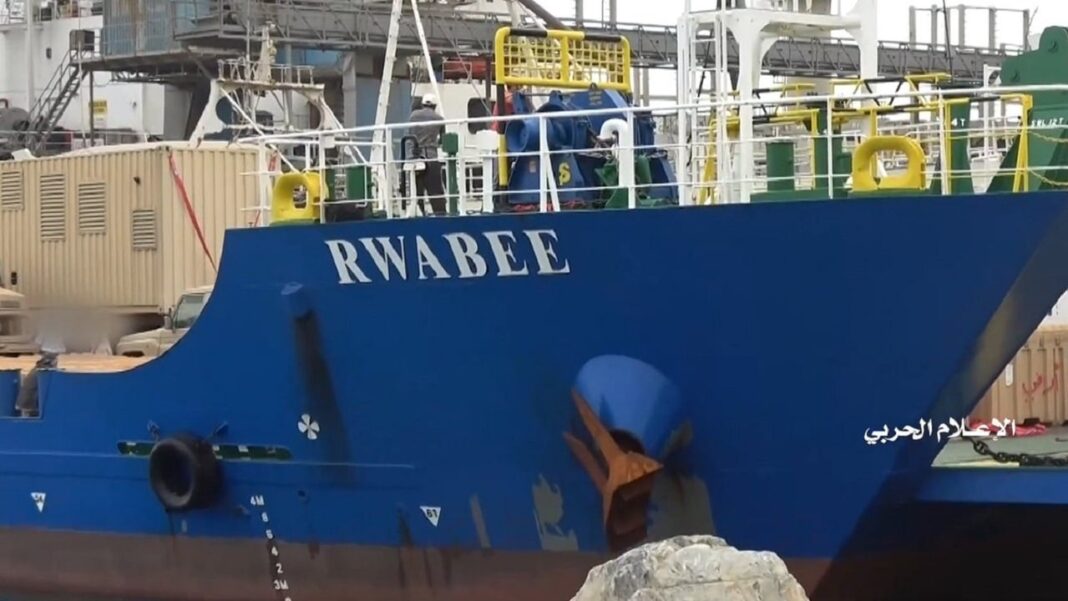 “The Rawabi ship was not carrying dates or toys for children, but weapons to support extremist groups that threaten people’s lives,” Deputy Foreign Minister of Yemen Hussein al-Ezzi said in response to a British drafted United Nations Security Council statement issued on Friday which called for the immediate release of the UAE-flagged cargo vessel.

He added that the ship belongs to a country that is involved in the aggression against Yemeni people and is at war with the country and has entered Yemeni territorial waters illegally.

The Yemeni foreign minister stressed that the UN Security Council statement was issued with financial considerations and has nothing to do with the rules, ethics or safety of navigation.

“It is unfortunate that the UN Security Council has descended into misleading public opinion and acting in solidarity with murderers and outlaws at this shameful level,” al-Ezzi noted.

He also said that the navy had the legal right to target the enemy ship Rawabi but chose not do so, adding that it is very important to respect the sovereignty of Yemen and its territorial waters.

Yemeni naval forces detained the UAE vessel in a surprise operation on January 3 amid intensified attacks by Saudi-led forces against Yemen.

The devastating military campaign has caused a humanitarian catastrophe in Yemen and claimed hundreds of thousands of lives.