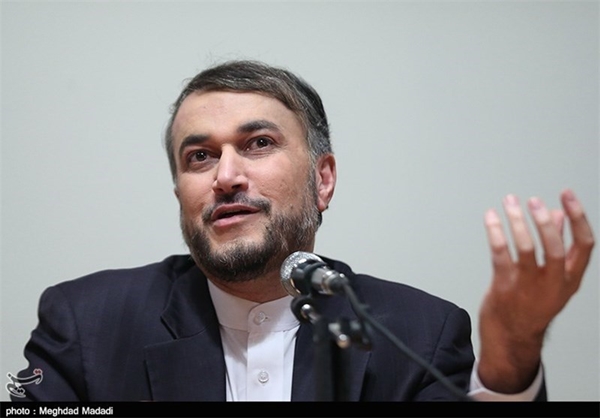 An Iranian deputy foreign minister attributed the pressing problems that have gripped Europe to the wrong policies that certain states adopted regarding terrorism.

Insecurity in parts of Europe and the migration crisis result from the wrong policy of “instrumental use” of terrorism by certain countries, Deputy Foreign Minister for Arab and African Affairs Hossein Amir Abdollahian said in a meeting in Tehran with a delegation from France’s National Center for Scientific Research (CNRS).

The Iranian diplomat then emphasized the necessity for both pursuing political processes and fighting against terrorism given the delicate situation in the Middle East region.

On war-torn Syria, Amir Abdollahian reiterated Iran’s support for cooperation among the neighbors and for the international peace efforts.

He further slammed the Israeli regime for its policy of weakening the governments and disintegration of countries, stressing the need for respecting the regional countries’ sovereignty and territorial integrity.

Head of the French delegation, for his part, highlighted Iran’s influential role in the region, and called for stronger international cooperation with Tehran.