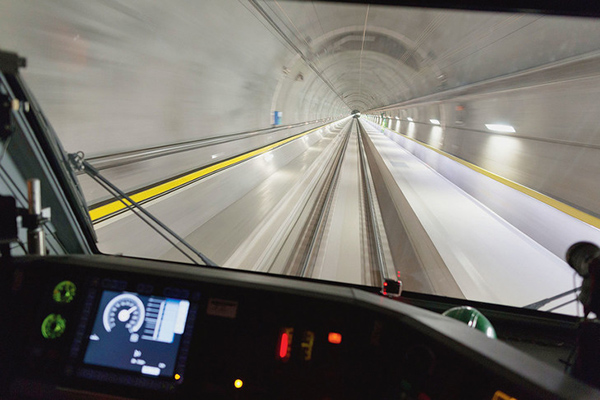 According to a report by CNN covered by KhabarOnline, the 57-kilometre long (35-mile long) Gotthard Base Tunnel is billed as Switzerland’s “construction of the century.”

It creates a high-speed rail link deep beneath the famous mountain range, connecting northern and southern Europe. With characteristic Swiss punctuality, this major engineering feat has been completed on schedule.

Reaching a depth of 2,300 meters (7,545 feet, almost 1.5 miles) the tunnel will slice an hour off the travel time between Zurich, Switzerland, and Milan, Italy.

Trains will travel the tunnel, which runs between the towns of Erstfeld in the north and Bodio in the south, in only 20 minutes, reaching speeds of up to 250km an hour (155 mph), according to the Swiss Travel System.

The project is expected to have benefits both for travel and trade, and provide a direct and economic route for freight transport. 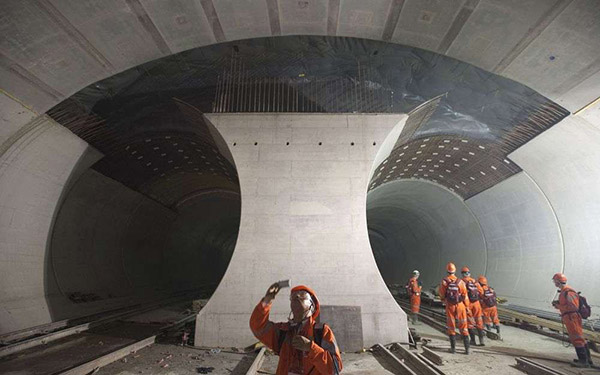 It overtakes the 53.9km Seikan Tunnel in northern Japan as the longest rail tunnel in the world, relegating the 50.5km Channel Tunnel between Britain and France into third place.

The line, which will begin full operations in December, is celebrating its grand opening on Wednesday, with European dignitaries including German Chancellor Angela Merkel, French President Francois Hollande, Italian Prime Minister Matteo Renzi and Austrian Chancellor Christian Kern among those scheduled to attend.

The inauguration will establish a mainline rail corridor through Europe from Dutch port of Rotterdam in the north to the Italian port of Genoa on the Mediterranean. It is expected to bring significant environmental benefits by diverting freight sent by road on to rail instead.

“It’s just getting more and more [busy] every year and it was estimated that by 2020, the roads would be so blocked that something had to be done.”

It is anticipated that the economic benefits of increased trade and travel efficiency will make inroads into the tunnel’s $12 billion construction cost.

The new tunnel, green-lighted by the Swiss public in a national referendum in 1992, bypasses the scenic original Gotthard line.

That line, popular with tourists for its panoramic views as it winds through the mountain range, crossing 205 bridges in the process, will continue to operate, the Swiss Travel System says.

About 2,600 workers have been involved in the construction of the tunnel, with at least eight losing their lives in the process. The final two meters of rock were drilled through amid fanfare six years ago.