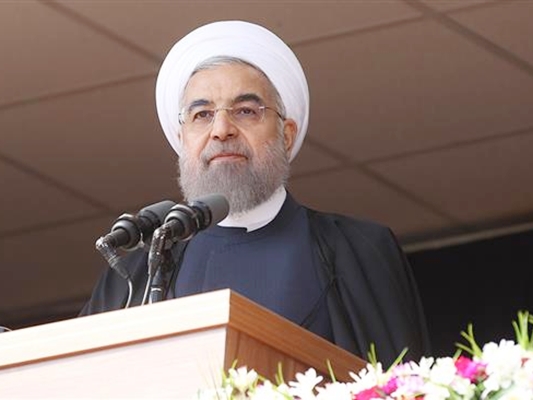 President Hassan Rouhani says world countries are today racing to promote relations with Iran instead of competing with each other to put pressure on the country.

The Iranian chief executive made the remarks in an address to a large crowd of people in the central city of Arak in Markazi Province on Sunday during his 32nd provincial visit ever since assuming office in 2013.

“In previous years, there was a competition across the world for threatening Iran, exercising pressure on it, and subjecting it to sanctions. Today, there is, instead, a global competition for communications with Iran,” he said.

Over the past three years, the country has attracted more than $3.8 billion in foreign investment for 133 development projects, 58 of which have been completed, Rouhani noted.

“Ever since the conclusion of the JCPOA, [as much as] $1.6 billion has found its way into the country in the form of foreign investment in the fields of mining and industry,” he said.

The Joint Comprehensive Plan of Action (JCPOA) was inked between Tehran and the P5+1 group of world powers, namely Russia, China, France, Britain, the US and Germany on July 14, 2015.

The accord, which took effect in January, ended decades of economic sanctions against Iran in exchange for restrictions on its nuclear program.

“The JCPOA is the result of Leader of the Islamic Revolution [Ayatollah Khamenei]’s tactfulness, the Iranian nation’s 10- to 12-year-long resistance [during related nuclear talks] and the policy employed by the Islamic Republic’s establishment,” Rouhani asserted.

In other remarks, President Rouhani pointed to the election campaign ahead of the US presidential race next month, and criticized debates between the two main candidates as immoral.

“The US claims to have 200 years of democracy… There is no morality in that country. We can see to what level they have scooped. You watched the presidential debates. Everybody saw the way they talked… Look at their discourse, accusations and belittlement!”