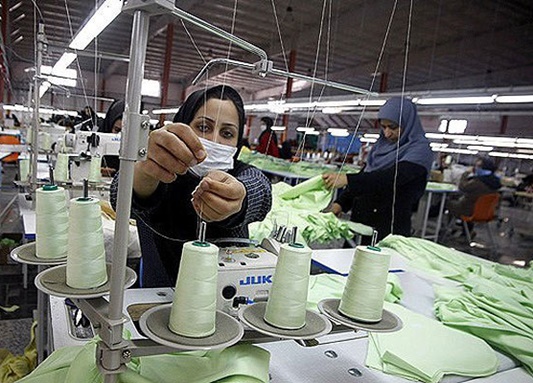 Within the next ten years, about 45% of the Iranian labour market will be in the hands of women, Moslem Khani, an advisor to the Ministry of Cooperatives, Labour and Social Welfare said on Monday June 13.

Studies show that the ratio of men to women in the market, which is currently around 80% to 20%, will completely change in the next 10 years, and the country will face a phenomenon of “househusbands”, he added.

For the time being, the working population in Iran is around 24 million, 19.4% of which are women, Khani said. Studies of Iran’s market prove that women’s active economic presence will change this ratio and in the majority of entrepreneurial jobs there will be a large number of women.

Two studies have been made by Global Entrepreneurship Monitor (GEM) and Majlis’ Research Centre about women’s entrepreneurship, in which the role of women entrepreneurs is studied both globally and in Iran, Mehr quoted Khani as saying.

“These studies show that women’s tendency towards entrepreneurship is greater than men’s all around the world,” he said, adding women are more eager to deal with innovative and creative jobs.

However, the studies prove that in the past, men have done more entrepreneurial and creative work than women and this work has resulted in innovations and inventions which are now at the experimental stage, Khani noted. The results of the studies show that women are keener in team projects all around the word and in Iran, as well, he maintained.

According to studies made in Iran during 2005-2014, women’s share in entrepreneurship is 6.2%, which is very low, Khani stipulated.

Creating changes in the gender ratio in the labour market of any country leads to an improvement in the quality of products. The growth of female workers is one of the criteria that indicate economic development of the country, he concluded.