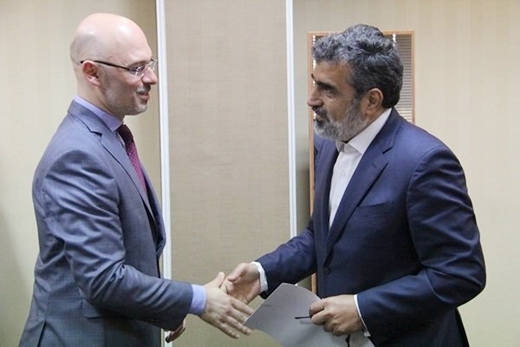 An AEOI spokesman said that Iran welcomes cooperation with Poland on nuclear science and technology.

During the meeting, the Polish side presented the invitation of Prime Minister Beata Szydło to the AEOI Head Ali Akbar Salehi to visit Poland, and expressed his country’s readiness to develop cooperation with the Islamic Republic of Iran’s Atomic Energy Organization in scientific-research fields, nuclear safety, medical applications of nuclear energy, radiopharmaceuticals, as well as cooperation in the field of accelerators.

The Polish Ambassador to Tehran Julius Jacek Gojlo accompanied Kurtyka at the meeting with Iranian officials.