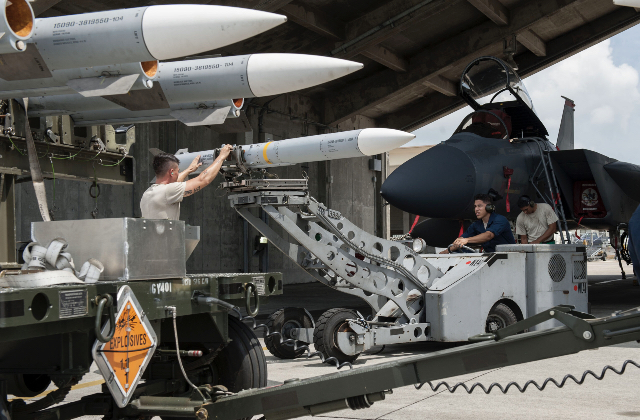 The US Senate on Tuesday night rejected a bipartisan effort to block President Joe Biden's $650 billion arms sale to the Saudi government.

Supporters of the resolution pushed to block the arms sale, which includes 280 air-to-air missiles made by Raytheon Technologies, due to Saudi Arabia’s role in Yemen’s war, including an air and naval blockade of Yemen.

“The US should end all arms sales to the Saudis until they end their blockade of Yemen. President Biden said he would change the [Donald] Trump policy of supporting Saudi’s war in Yemen, but it’s not at all that apparent that policy has changed,” Paul said ahead of the vote.

Sanders — who quipped that he found himself in the “somewhat uncomfortable and unusual position” of agreeing with Paul — added that the United States should “not be rewarding” Saudi Arabia with military arms.

“We should demand that they end the devastating war in Yemen. …It is long past time that we took a very hard look at our relationship with Saudi Arabia, a country whose government represents the very opposite of what we process to believe,” he stated.

Senate GOP Leader Mitch McConnell (R-Ky.), who voted against the resolution, argued that senators should be “wary of turning our backs on long-time partners.”

“Here’s what our colleagues’ resolution would actually do; it would give the world yet another reason to doubt the resolve of the United States of America,” he said.

Senate Foreign Relations Committee Chairman Robert Menendez (D-N.J.) added that he was opposing the sale because “it’s important that our security partners know that we will uphold our commitments and prioritize security arrangements that protect civilians.”

The White House also pushed back on the resolution, saying in a statement of policy that it “strongly opposes” the measure.

“The FMS case at issue is fully consistent with the Administration’s pledge to lead with diplomacy to end conflict in Yemen and end US support for offensive operations in the war in Yemen, while also ensuring that Saudi Arabia has the means to defend itself from Iranian-backed Houthi air attacks,” the White House added.

The US-Saudi relationship has been a source of years-long frustration in Congress. The Senate previously blocked a Saudi arms sale under then-President Trump but failed to override his veto.

The Wall Street Journal has reported, citing US and Saudi officials, Saudi Arabia has appealed to the United States and its allies in Europe and the Persian Gulf for resupplies of ammunition it uses to defend the kingdom against drone and missile attacks.

Riyadh has been using its Patriot surface-to-air missile system over the past several months to thwart weekly ballistic missile and drone attacks launched by Houthi rebels based in Yemen, the officials told the WSJ. But the kingdom’s stock of Patriot missiles to intercept aerial attacks has run dangerously low.

The call for resupplies comes after the US has scaled back a large of portion its military presence in the Middle East that shored up the kingdom’s security as the administration of Biden pivots to counter China’s growing prowess on the global stage.

Though the US is expected to approve the Saudi request for more Patriot interceptors, Saudi officials told the Journal they are concerned that insufficient stocks could result in a successful missile or drone attack, costing lives in the kingdom or harming the Saudi economy by damaging its critical oil infrastructure.

In 2019, a swarm of missiles and drones successfully evaded Saudi’s air defenses and temporarily knocked out half of the kingdom’s oil production. That attack was claimed by Houthi fighters, but the US and Saudi Arabia have said Iran, which is aligned with the Houthis, was directly behind the offensive.

The US and Saudi officials told the Journal that the kingdom was attacked by drones more than 50 times during October and November and suffered more than 20 ballistic missiles attacks across the same period.

Tim Lenderking, the US special envoy for Yemen, stated last week that Houthi rebels have conducted about 375 cross-border attacks into Saudi Arabia this year.

While the US initially provided “logistical and intelligence” support to the Saudi-led campaign, Biden in February announced that the US was ending support for all “offensive operations” in Yemen. The administration said it would continue to support the kingdom’s ability to defend itself.

Still, the situation represents the latest test for US-Saudi relations, which the Biden administration has sought to reshape in light of the October 2018 murder of Saudi dissident journalist Jamal Khashoggi by Saudi operatives in Istanbul.

A US intelligence report concluded the agents were acting on the command of the kingdom’s de facto ruler, Crown Prince Mohammed bin Salman (MBS), who maintained close ties with Trump.

While Biden called Saudi Arabia a “pariah” state on the campaign trail, like many presidents before him, he has taken a pragmatic approach towards relations with the kingdom. His administration elected not to sanction MBS after the Khashoggi report became public and has moved ahead with a planned $650m deal to export 280 Raytheon-made missiles and 596 missile launchers to the kingdom.

According to the Wall Street Journal, Riyadh is asking Washington for “hundreds more”  Patriot interceptors manufactured by Raytheon Technologies Corp and that a direct sale is being considered by the State Department. The Journal said the kingdom has also approached European allies and Qatar about transferring Patriot interceptors to its arsenal, but such a deal would require approval from the US, two officials told the newspaper.

“The United States is fully committed to supporting Saudi Arabia’s territorial defense, including against missiles and drones launched by Iranian-backed Houthi militants in Yemen,” said a senior administration official in statement to the Wall Street Journal.

“We are working closely with the Saudis and other partner countries to ensure there is no gap in coverage,” the official added.

Beyond the threat of increased civilian deaths, the US and other allies have a keen interest in protecting Saudi Arabia’s fossil fuel infrastructure.  Though the US is the world’s biggest oil producer, Saudi Arabia has the lowest production costs on the planet and its output swings can dramatically impact global oil prices – and by extenstion what Americans pay at the pump for gasoline.

Last month, Saudi-led OPEC rebuffed a request by Biden to boost output more aggressively to cool oil prices, prompting the US and other nations to tap their strategic oil reserves instead to ease energy inflation.