US Seeking to Strengthen Terror Groups by No-Fly Zone over Syria: Iranian Commander 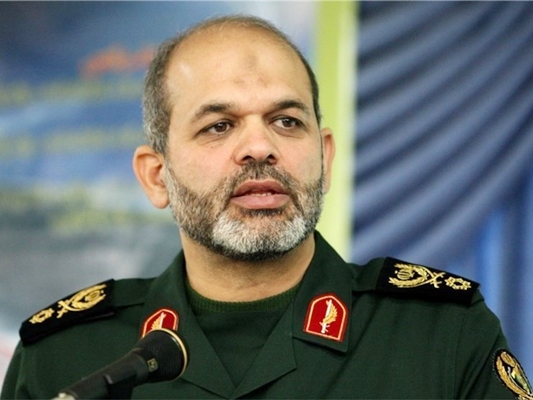 The chancellor of Iran’s Supreme National Defense University cast doubt over the sincerity of the US-led coalition’s purported war against Daesh (ISIS or ISIL), saying that Washington is seeking to strengthen the terrorists through enforcing a no-fly zone in Syria.

Speaking to reporters in Tehran on Sunday, Brigadier General Ahmad Vahidi pointed to recent requests by some US officials to enforce a no-fly zone over war-hit Syria, saying that Washington is seeking to strategically control the Arab country.

The Americans are against Syrian airplanes’ bomb of the terrorists’ positions, he said, adding that they are attempting to strengthen the militant groups through enforcing a no-fly zone.

US Secretary of State John Kerry and some Pentagon generals have demanded that Russia adhere to what would essentially be a one-sided no-fly zone under conditions in which US warplanes would continue carrying out airstrikes.

It come after a week-long truce, brokered by the US and Russia, collapsed on Wednesday.

The Syrian truce, which came into effect on September 12, did not apply to the terrorist groups of Daesh and Jabhat Fateh al-Sham, the group formerly known as al-Nusra Front that changed its name in July.

Under the pretext of the fight against the terrorists, the US-led coalition launched airstrikes against Syrian troops on September 17 and killed over 90 soldiers and injured 100 others. Russia said the attacks were performed by two F-16 fighter jets and two A-10 support aircraft.

The Syrian General Command called the bombing a “serious and blatant aggression” against Syrian forces, and said it was “conclusive evidence” that the US and its allies support Daesh militants.