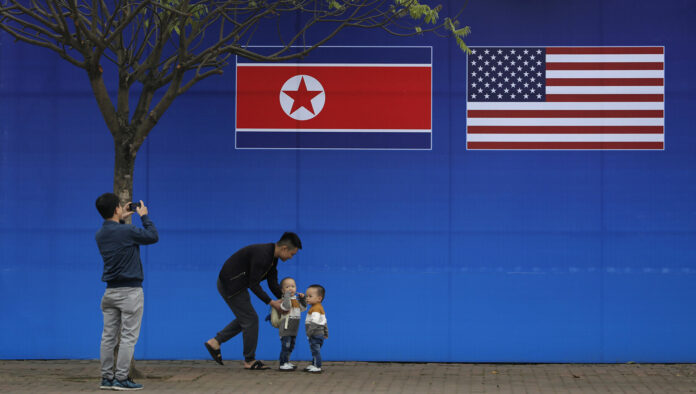 Washington’s envoy has expressed readiness for negotiations with Pyongyang without preconditions but urged the Asian country to end its recent series of missile tests and resume negotiations.

“I look forward to continuing to work with special representative Noh to explore different ideas and initiatives, including the ROK’s [South Korea’s] end-of-war proposal as we continue to pursue our shared objectives on the peninsula,” Kim said on Sunday, as quoted by the South Korean Yonhap news agency.

The special representative told reporters that Washington was ready to help address North Korea’s humanitarian concerns amid the coronavirus pandemic.

“We remain ready to meet with the DPRK [North Korea] without preconditions, and we have made clear that the United States harbors no hostile intent towards the DPRK,” Kim stated, adding that Washington hopes Pyongyang “will respond positively to our outreach.”

Kim stressed that North Korea’s missile tests are counterproductive and called on Pyongyang to stop “destabilizing” activities and return to the negotiating table.

In his turn, South Korean representative Noh noted that Seoul and Washington are ready to discuss any issues if North Korea accepts their talk offer.

At the start of October, US State Department spokesperson Ned Price announced that Washington was ready to meet with officials from North Korea without preconditions.

On Wednesday, US Ambassador to the United Nations Linda Thomas-Greenfield reiterated that the US was open to dialogue with Pyongyang without any conditions and held no hostile intent toward North Korea. Thomas-Greenfield called on North Korea to refrain from further provocations following Pyongyang’s recent launch of a ballistic missile from a submarine.

On Friday, UN Special Rapporteur on the human rights situation in North Korea Tomas Ojea Quintana stated that sanctions against North Korea should be reviewed and, when necessary, eased, given the humanitarian effects of the COVID-19 pandemic on the nation.