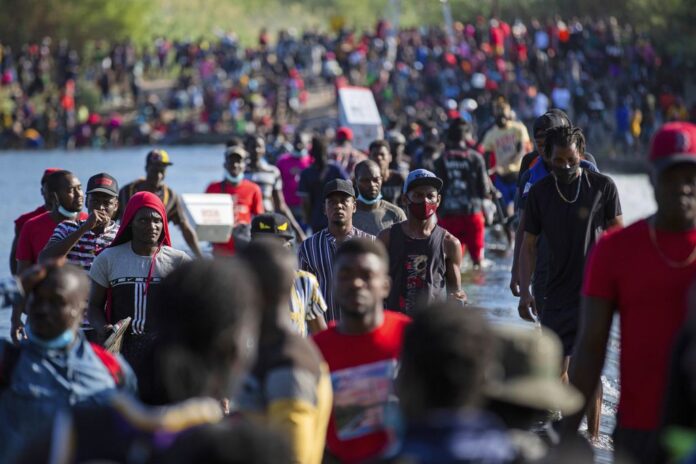 Harold Koh a senior legal adviser to the US State Department is leaving his post over immigration policy of the Biden administration. He has been a critical of Biden over ‘exercising a Donald Trump-era policy’ to expel migrants from the borders. It comes after the resignation of Daniel Foote, the United States special envoy for Haiti over ‘inhumane’ deportations of Haitians.

A prominent legal adviser to the Biden administration has issued a six-page memo accusing the United States government of breaking international law by expelling migrants without even considering their claims to asylum.

First invoked by the Trump administration, Title 42 was ostensibly intended to protect public health. An order issued by the US Centers for Disease Control and Prevention in March 2020 cited COVID-19 as a reason to effectively close the border to migrants seeking refuge. It was harshly criticized at the time by public health experts outside the administration, who viewed it as a means of carrying out a long-standing policy goal of limiting immigration, using the pandemic as justification.

While the Biden administration’s critics falsely claim there are now “open borders”, Biden has continued enforcing the order – appealing a recent court decision that found it illegal – with exceptions made for unaccompanied children and many families. Last month, nearly 4,600 Haitians, the majority women and children, were expelled in a matter of days under the policy.

“Is this who we are?” That’s the question State Department legal adviser Harold Koh asks in the memo obtained and published by Politico on Monday.

A law professor at Yale University, Koh notes that the US is obliged, under international law, not to expel vulnerable people back to countries where they legitimately fear persecution.

It is “particularly unjustifiable” in the case of Haiti, Koh writes, with the administration not even considering the asylum claims of Haitians it expels under Title 42 – despite itself acknowledging, in its granting of Temporary Protected Status for those already residing in the US, that Haiti has been rocked by political instability and natural disasters that make it unsafe place to which to return.

“Title 42 permits customs officers, with supervisor approval, to identify persons who should
be excepted from expulsion based on the totality of the circumstances, including consideration of
significant law enforcement, office and public safety, humanitarian and public health interests,” Koh said.

“But if Haiti is undeniably a humanitarian disaster area, the question should be: at this moment, why is this Administration returning Haitians at all?” he asked.

Politico reported that Koh is leaving his position as an adviser to the State Department and that his memo had “been circulating across the administration” over the weekend. Reached by Insider, he declined to comment on the potential repercussions for the White House continuing, in his view, to violate international law.

Koh previously advised the State Department during President Barack Obama’s administration, attracting controversy at the time over his argument that the US had a legal right to carry out extrajudicial executions, via drone strikes, in countries such as Afghanistan, Pakistan, and Yemen.