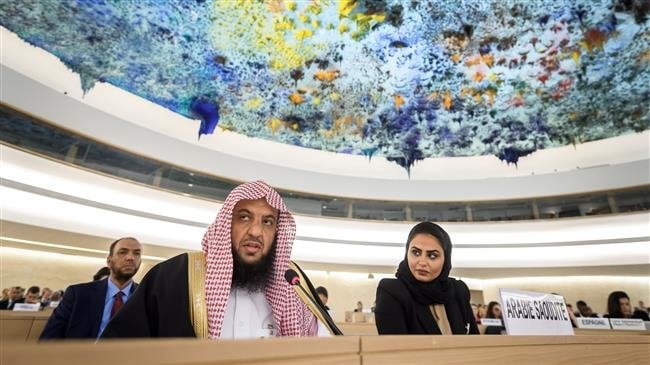 Saudi Arabia is to be censured for the first time at the UN Human Rights Council over its dark record of violating human rights, particularly for detention of women’s rights activists and the brutal murder of Saudi journalist Jamal Khashoggi in Turkey.

In a joint statement due to be read out on Thursday, European countries will urge Saudi Arabia to release detained activists and cooperate with a UN-led probe into the murder of Khashoggi.

This will be the first rebuke of the kingdom at the Human Rights Council, diplomats and campaigners said.

Iceland has led the initiative, winning support from European countries and possibly delegations from other regions for the criticism of Saudi Arabia, a member of the 47-nation forum, activists said.

“We believe that members of the Council have a particular responsibility to lead by example and put on the Council’s agenda human rights issues that warrant our collective attention,” an Icelandic diplomat told Reuters on Tuesday, adding rights in Saudi Arabia was one such instance and this view was shared by numerous countries.

Iceland was elected last year to take a seat on the council for the first time, replacing the United States which quit because of what it said was an anti-Israel bias.

In a statement welcoming what it said would be the first collective action at the council addressing human rights in Saudi Arabia, Human Rights Watch said rights council members should demand that Saudi Arabia cooperate with probes into Khashoggi’s murder, stop targeting activists, journalists and critics and release wrongfully detained people.

“No State is above the law,” said John Fisher, the group’s Geneva director.

The move comes amid growing concern about the fate of Saudi detainees, identified by watchdog groups as women’s rights activists, after the public prosecutor was reported to be preparing their trials.

Back on Monday, the United Nations human rights experts voiced alarm at Saudi Arabia’s application of its so-called anti-terrorism laws to target activists.

The experts raised the warning during a panel event titled “Saudi Arabia – Time for Accountability,” held on the sidelines of a UN Human Rights Council gathering in Geneva.

They said those being targeted with the laws — which the kingdom has redefined, notably expanding the remit of its security forces and judicial system — included woman. The practice by the kingdom violated the international law guaranteeing freedom of speech, they added.

The kingdom has attracted international opprobrium for its intolerance of dissent. It has nabbed, detained, and reportedly tortured hundreds of dissenters, including civil rights activists, religious rights defenders, and dissident clerics.

Last year, it famously apprehended and incarcerated prominent female activists campaigning in favor of the Saudi women’s right to drive.

Saudis are also under fire for allegations of their role in the assassination of Washington-based journalist and critic of the Saudi government Khashoggi, which was “planned and perpetrated” by Saudi officials at its Istanbul consulate on Oct. 2.