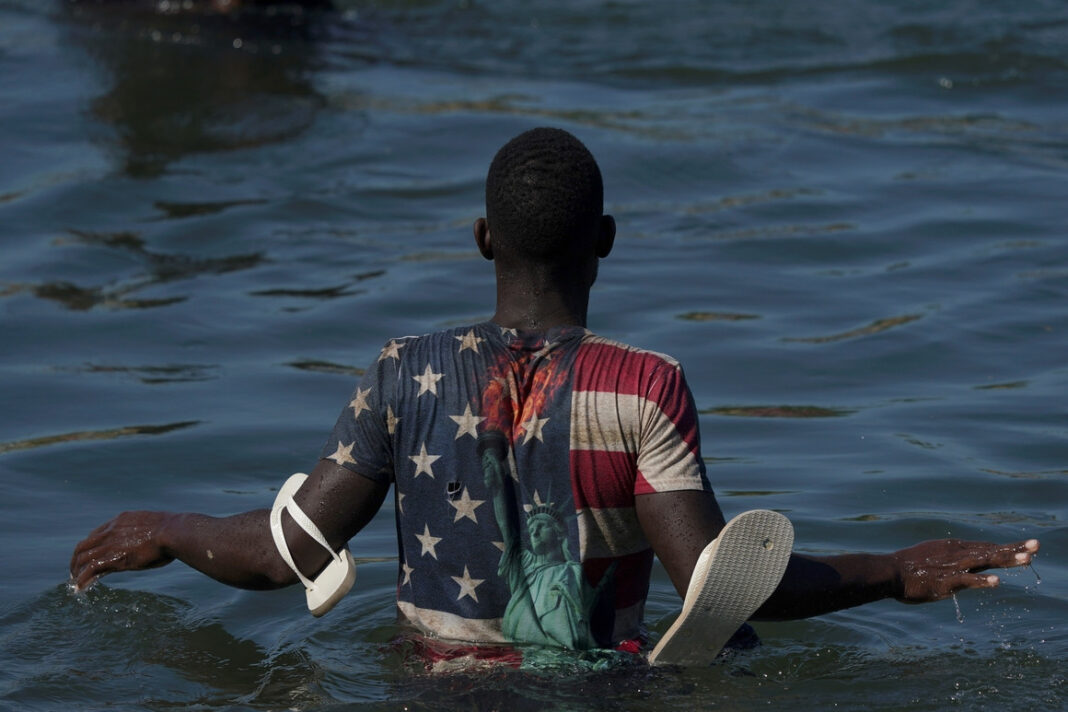 The United Nations has expressed deep concern about mass deportation of Haitian migrants from the United States, warning the move could go against international law.

The White House has faced a torrent of criticism after the US started sending planeloads full of Haitian nationals back to their crisis-wracked country over the weekend.

The crisis intensified after pictures and videos appeared to show riders swinging their reins to threaten migrants and push them back toward the Rio Grande river.

The head of the UN refugee agency UNHCR Filippo Grandi said he was “shocked by images of the deplorable conditions beneath the concrete highway overpass in Del Rio, Texas, where more than 14,000 Haitians had gathered after arduous journeys”.

He also lashed out at the US government’s Title 42 policy, which was brought in by the previous administration of former President Donald Trump to stop most arrivals at the southern border on the grounds that migrants could spread COVID-19.

“The summary, mass expulsions of individuals currently under way under the Title 42 authority, without screening for protection needs, is inconsistent with international norms and may constitute refoulement,” Grandi announced in a statement.

“Refoulement” – returning asylum seekers to places where they risk persecution and threats to their life – is illegal under international law. Earlier in the day, the UN human rights and refugee agencies joined up to criticise the deportations.

“We are seriously concerned by the fact that it appears that there has not been any individual assessment in the (Haiti) cases,” human rights office spokesman Marta Hurtado told reporters in Geneva.

This, she added, indicated that “maybe some of these people have not received the protection that they needed”.

“We are calling for this right to be respected,” the official stated.

The deportation of Haitian migrants had been temporarily suspended by Washington after a devastating earthquake hit the Caribbean nation last month.

But those deportations have resumed, with pressure for fast action after more than 15,000 Haitians crossed into the US in recent days from Mexico and found themselves stranded for days in Texas under a bridge spanning the Rio Grande river.

Mantoo reiterated UNHCR’s opposition to the Title 42 policy, and the agency’s call on countries since the start of the pandemic to continue ensuring “access to asylum for those whose lives really depend on it”.

“There are ways to manage public health considerations… but to also ensure the right to seek asylum,” she continued.

Meanwhile, the UNHCR hailed the administration of US President Joe Biden for its announcement that it will double the number of refugees it will accept in the next fiscal year to 125,000, amid rising pressure from people fleeing Afghanistan and other countries.

Large numbers of Haitian asylum-seekers who’ve arrived in the US in recent weeks are being released into the country, officials told The Associated Press, after the Biden administration pledged to step up deportation flights.

Haitian refugees have been released on a “very, very large scale” over the last week, one US official with “direct knowledge” of the situation told The AP, suggesting the number could be in the thousands. Another official who declined to be named confirmed that many of the migrants were being processed under immigration laws and had not been placed on expulsion flights back to Haiti, contrary to the administration’s claims.

Some have been given notices to appear at an immigration office within 60 days, the first official added, noting that this process was quicker than ordering an appearance at immigration court, and suggesting it highlighted a sense of urgency among US officials.