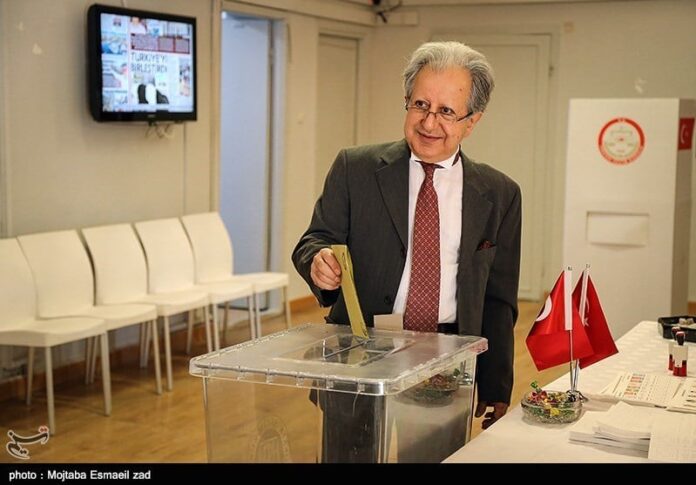 Turkish citizens living in Iran began voting in their country’s presidential and parliamentary elections on Sunday morning while the elections are planned to be held in Turkey next week.

Turkish expatriates in Iran started to cast their ballots in polling stations in Tehran, Tabriz and Oroumiyeh on Sunday morning.

In Tehran, 830 Turkish expats and in Tabriz and Oroumiyeh, a total of 1,100 Turks are eligible to vote.

Voting in the presidential and parliamentary elections of Turkey is being held in 60 countries, the Ambassador of Turkey to Azerbaijan Erkan Ozoral said on Sunday.

Turkish citizens residing in Iraq, Ireland, Spain, Egypt, Serbia and Uzbekistan also vote today in parliamentary and presidential elections due to be held in Turkey on June 24.