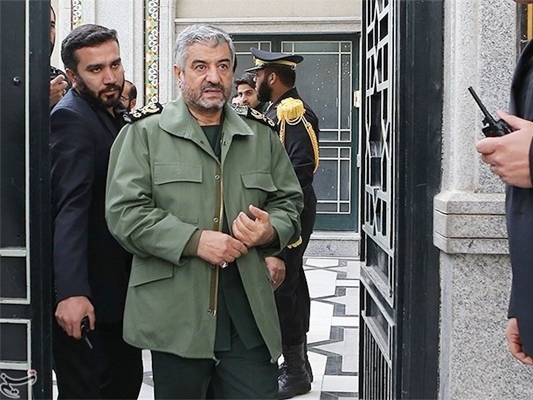 Commander of the Islamic Revolution Guards Corps (IRGC) Major General Mohammad Ali Jafari said the recent arrest of a former top banker by the IRGC intelligence forces is related to a major economic scandal, adding that a number of politicians are also involved in the case.

Asked by reporters on Wednesday, July 20, about the arrest by the IRGC intelligence forces of Ali Rastegar Sorkhei, former CEO of Iran’s Bank Mellat who had been already dismissed from his post, Major General Jafari explained that a particular area of the IRGC’s intelligence activity is dealing with security threats, countering hostile infiltration attempts and tackling economic corruption.

The commander added that the ex-banker was taken into custody by the IRGC intelligence forces under a court ruling.

People may think that the banker has been captured on charge of earning astronomical salaries, but that is only one of the charges, Major General Jafari noted, saying a much bigger corruption scandal has erupted this time and Rastegar Sorkhei has been arrested for involvement in it.

Asked if more people would be arrested in connection with the case, the commander said “some politicians and other individuals” have been also involved in the scandal.

The IRGC intelligence organization arrested Rastegar Sorkhei and his deputy for international affairs on Tuesday, under a court ruling charging them with broad activities in an organized banking scam.