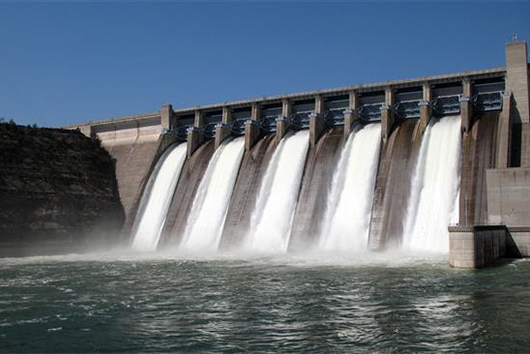 Iranian lawmakers have approved a bill on joint construction of two hydropower plants with Azerbaijan Republic.

The bill passed by the Parliament authorizes the construction of the plants near the Aras River borderline in the Iranian town Marazad and Azerbaijan’s Ordubad.
The bill was passed with a majority of votes with 180 voters being for, 9 against and 5 abstentions.
This was part of several topics that Iran and Azerbaijan agreed on in a basic agreement they signed in December 2015.
The document envisages cooperation in construction of power plants at Khoda Afarin and Qiz Qalasi dams on Aras River as well as construction of Ordubad power plant on the Azerbaijani side and Marazad power plant on the Iranian side, Azernews.com reported. Moreover, the agreement involves the implementation of joint guideline operations on border rivers’ water management.
Iranian Energy Minister Hamid Chitchian previously said that cooperation with Azerbaijan in water and electricity sectors should be boosted. He also said that Tehran and Baku have held talks over construction of geothermal and wind power plants in Iran’s Meshkin Shahr and Khaf cities respectively, and the projects were said to kick off soon.
Iran and Azerbaijan have been recently increasing their cooperation in multiple areas. Iran’s President Hassan Rouhani visited Baku in early August for a tripartite summit that also involved Russia. During his stay in the Azeri capital, Iran and Azerbaijan signed a series of basic agreements to promote cooperation in several key areas.
A key document was a protocol of intentions that envisages the materialization of an ambitious project to create a North-South transport corridor.
The corridor – named the North-South Transport Corridor (NSTC) – is an intercontinental multi-modal route that would link St. Petersburg to Mumbai. It primarily involves moving freight from India, Iran, Azerbaijan and Russia via ship, rail and road.