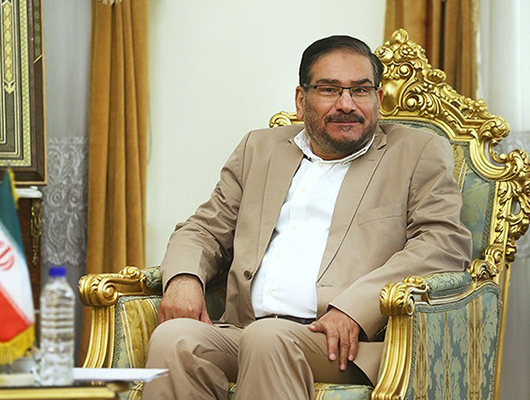 The senior Iranian official said Tuesday that close cooperation between Tehran and Moscow is not confined to countering terrorism but the “strategic cooperation” that meets their national interests covers a broad range of issues.

Highlighting Iran’s smart policies and political might in arranging for the capacities of one of the world’s strongest air forces to be used is Syria, Shamkhani said concerted action by Iran, Russia and Syria in the recent military operations against terrorist groups has stifled the “delay strategy” of the US that aimed to influence security developments in Syria.

Certain western and Arab countries who are under the delusion of having the power to change the regional equations were defeated by the Islamic Republic’s political, defensive and security initiative in the recent operation, he stated.

He also noted that the hue and cry in Western and Saudi media outlets about joint action by Iran, Russia and Syria was a psychological war aiming to whitewash the heavy defeats that their proxies have suffered in Syria’s Tadmur, Idlib, suburbs of Latakia and Reef Aleppo.

Shamkhani further made it clear that Iran will employ all of the “domestic and foreign capacities” to press ahead with the unshakable policy of deterring threats, particularly the threat of Takfiri terrorism.

His comments came after announcement of Russian warplanes’ use of an Iranian airbase for hitting targets in Syria caused a few raised eyebrows.