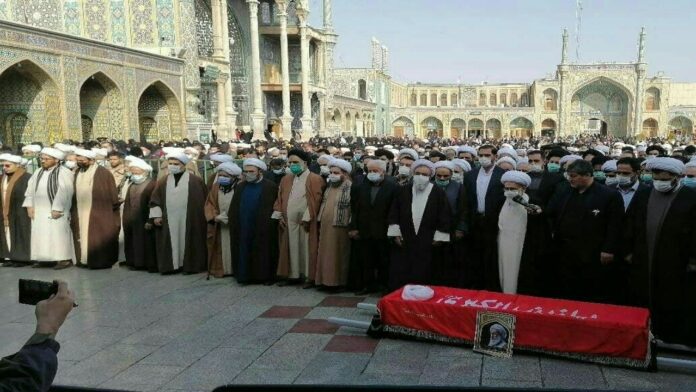 Large numbers of people have held a funeral ceremony for senior Iranian cleric Ayatollah Mohsen Mojtahed Shabestari in the holy city of Qom.

The office of the Leader of Iran’s Islamic Revolution in Qom is going to hold a mourning ceremony for Ayatollah Mojtahed Shabestari later on Friday inside the Shrine of Hazrat Masoumeh.

Ayatollah Mojtahed Shabestari passed away on Wednesday after being hospitalized due to a heart attack. He was a member of Iran’s Expediency Council.