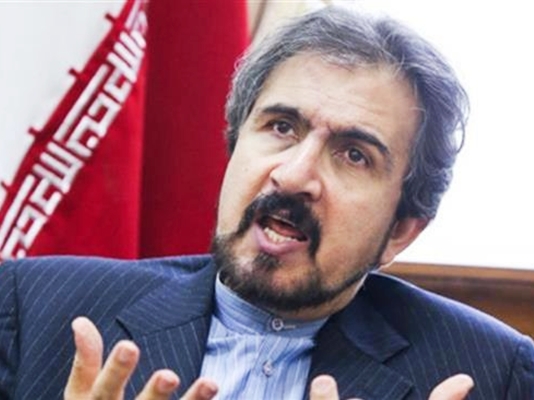 Qassemi made the remarks on Monday after a Saudi airstrike hit an MSF (Doctors Without Borders) hospital in Yemen’s Hajjah province and killed at least 25 people and injured some 20 others.

While condemning the latest Saudi attack, he stressed that the international community’s silence on Riyadh’s destruction of hospitals and schools is the reason behind  Saudis’ ceaseless atrocities in Yemen.

He stressed that “the terrorist-sponsoring and warmongering regime of Saud knows no boundaries and limits to killing children, women, the injured and civilians.”

The Houthi Ansarullah movement, which rules the capital Sana’a also condemned the attack, saying it was carried out in clear violation of a ceasefire agreement which has been holding across Yemen over the past four months.

The United States also denounced the attack on the MSF hospital, and called “on all parties to cease hostilities immediately.”

She added that the US is currently in close contact with the Saudis over the incident. “Continued military actions only prolong the suffering of the Yemeni people.”

Meanwhile, the UN has voiced it worries over a spike in child casualties over the last week in Yemen.

On Sunday, warplanes targeted a school and other locations in the northwestern province of Sa’ada, killing several civilians, many of them children.

“The children who were killed were between the ages of six and 14, and the majority were between six and eight,” said UNICEF’s Yemen representative Julien Harneis.

He also noted that the humanitarian situation in the country was severely deteriorating, adding that “you have got this real pressure cooker with a collapsing economy and a collapsing health system.”

“If the health system and education systems collapse then for years after the war ends, the country will be vulnerable to things like pandemics, and you will have lower education rates which are going to hamper the country for years, if not decades,” he added.

About 10,000 people have been killed since the Saudi aggression began in late March 2015. Yemenis say most of the victims in the Saudi airstrikes are civilians. The attacks by Riyadh are meant to reinstate the resigned president, Abd Rabbuh Mansur Hadi.