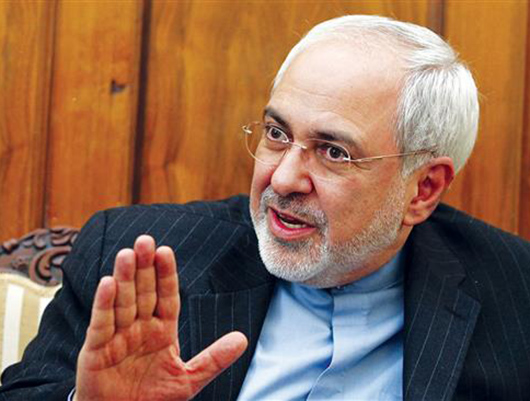 Iran’s Foreign Minister Mohammad Javad Zarif says atrocities by Saudi Arabia and Israel have worked to even alienate their own allies.

“As evidence from behind the scenes indicates, a sense of being fed up with and in fact disgusted at the policies of spreading terror and extremism by the Saudi regime has emerged in the entire world,” Foreign Minister Zarif said in remarks published by IRNA on Tuesday.

“Yet, political, economic, and military concerns and interests have caused some disaffected countries to stay silent or comment less [on the matter],” he added.

Saudi Arabia has been conducting military strikes against Yemen since March 2015. The war has killed over 10,000 people, including many women and children.

Israel, too, has been continuing its aggression against Palestinians in the occupied territories. Among its other acts of sabotage in the region are the provision of medical treatment for the militants fighting the elected government in Syria.

Elsewhere in his remarks, Zarif pointed to the recent rapprochement between Russia and Turkey, which has seen Ankara calling for a “clean slate” in its ties with Moscow. Their relations had been soured after Turkey’s move in November 2015 to shoot down a Russian jet over Syria.

“We are prepared to cooperate and share ideas with the two as important and influential countries regarding the affairs in Syria,” he said, stressing, however, that it is up to the Syrian people themselves to decide for their country.

The Iranian foreign minister also described Iran’s quick condemnation of the failed coup in Turkey in July as a “logical” one.

A faction of the military in Turkey declared itself in charge of the country on the night of July 15. Renegade military personnel used tanks and helicopters to fight loyalists to the incumbent government in the cities of Ankara and Istanbul.

The coup attempt was gradually suppressed as people turned to the streets to support President Recep Tayyip Erdogan and his ruling Justice and Development Party. At least 246 people were killed and more than 2,100 others sustained injuries in the coup attempt.

Iran was the first country to condemn the coup attempt.