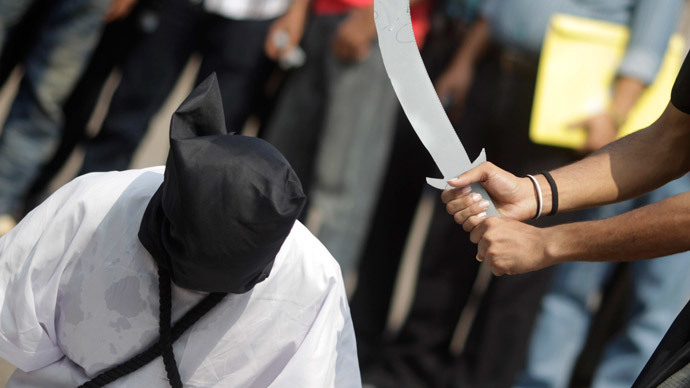 Saudi Arabia has executed 886 people, including minors, in an accelerating rate during the past six years, a Europe-based rights group reports.

Since 2015, Saudi Arabia has executed 886 prisoners, including 12 minors and 20 women, in an increasing rate, the Arabic-language Mirat al-Jazeera news website reported on Sunday, citing figures provided by the second conference on victims of Saudi government’s rights violations.

In the virtual conference, which was held by the European Saudi Organization for Human Rights (ESOHR), it was revealed that 41 of the executed were foreign nationals who had been behind bars in Saudi Arabia.

The conference, which was held online on December 10, on the occasion of World Human Rights Day, was attended by a number of activists and opponents of the Saudi regime in an attempt to shed light on the extent of the repression practiced by Riyadh against dissidents, including arrests and executions, which threatens the lives of human rights defenders in the Arab kingdom.

In 2019 alone, Saudi Arabia set a record number of executions after Saudi authorities executed 184 people, despite the general decrease of executions around the world.

According to rights activists, Riyadh’s growing use of the death penalty, mostly as a political weapon against dissidents, is alarming.

In the latest executions carried out by Saudi authorities against Shia detainees in Qatif and al-Ahsa in the kingdom’s Eastern Province, Muslin bin Mohammad al-Mohsen was executed after he was accused of allegedly participating in a cell aimed at destabilizing the internal security of Saudi Arabia.

The Shia-majority Eastern Province has been the scene of peaceful demonstrations since February 2011. Protesters have been demanding reforms, freedom of expression, the release of political prisoners, and an end to economic and religious discrimination against the oil-rich region.

The protests have been met with a heavy-handed crackdown by the regime. Security forces have increased security measures across the province.

Earlier this year, Saudi authorities also executed Mustafa al-Darwish for alleged crimes he committed when he was seventeen years old. The ministry of interior claimed that the young citizen attempted to destabilize the internal security of the country through spreading sedition.

The regime’s virtual and non-virtual media distort the facts through deceptive means, and the ministry of interior does not talk about how people are sentenced and such lies, stated human rights activist Taha al-Hajji.

In April 2019, Saudi officials announced the mass execution of 37 men, 33 of whom were citizens who had been executed on cruel trials on charges such as alleged espionage, terrorist acts, and inciting insecurity.

It was the largest mass execution in Saudi Arabia since January 2016, when Saudi authorities executed 44 people on terrorism charges.

Ever since Mohammed bin Salman became Saudi Arabia’s de facto leader in 2017, the kingdom has ramped up arrests of activists, bloggers, intellectuals, and others perceived as political opponents, showing almost zero tolerance toward dissent.

Muslim scholars have been executed, women’s rights campaigners put behind bars and tortured, and freedom of expression, association, and belief continue to be denied.

Saudi Arabia executed more than 2,000 people between 1985 and 2016. Rights groups have cited rampant cases of torture and unfair trials.