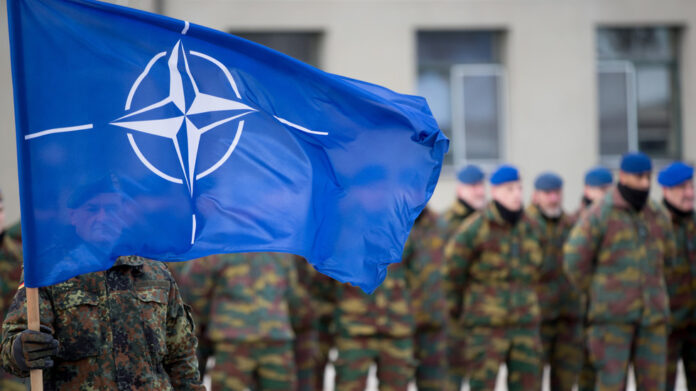 NATO is “an aggressive bloc”, which considers Moscow as an adversary, the Russian presidential spokesman, Dmitry Peskov, believes.

The Kremlin is confident that Moscow’s rejection of relations with NATO due to the alliance’s aggressive stance is not a big deal.

“The aggressive NATO stance has never been a secret. This bloc was established against our country. Any peaceful statements, any camouflage of this aggressive NATO standing are unable to disguise real purposes of this bloc,” Peskov stated in an interview with a journalist Pavel Zarubin in the Moscow.Kremlin.Putin program on Rossiya-1 TV channel.

The Kremlin spokesman stressed that NATO is “an aggressive bloc”, which considers Russia as an adversary.

“Nothing critical will happen if we just abandon these relations amid the escalating aggression and declarations aimed at restraining us,” he added.

He also pointed out that “despite the alliance’s aggressiveness, Moscow always favors the development of relations.”

“Just now, when it became clear that all our efforts were futile, we simply made it official that was real,” Peskov concluded.

NATO announced on October 6 that it had cut the staff of the Russian mission at the alliance in half from 20 to 10 members, revoking the accreditation of eight diplomats and abolishing two vacant positions. The alliance said the Russian diplomats must leave Brussels before the end of this month. In response, on October 18, Russian Foreign Minister Sergey Lavrov said that Moscow would suspend the work of its permanent mission to NATO starting in early November following NATO’s move to withdraw the accreditation of the Russian envoys. Furthermore, the operations of the NATO Military Liaison Mission Moscow and the NATO Information Office in Moscow will be frozen.

Moscow will do everything to minimize the consequences of a possible rapprochement of Ukraine and NATO, Peskov added.

“We cannot stop it. It’s impossible,” the Kremlin spokesman stated, responding to a question by journalist Pavel Zarubin about whether Moscow can thwart the rapprochement of Ukraine and NATO.

“However, we can minimize the consequences of such moves for our country,” Peskov assured, stressing, “I have no doubt that Moscow will do everything whatever is necessary if such rapprochement of Ukraine and NATO proceeded.”