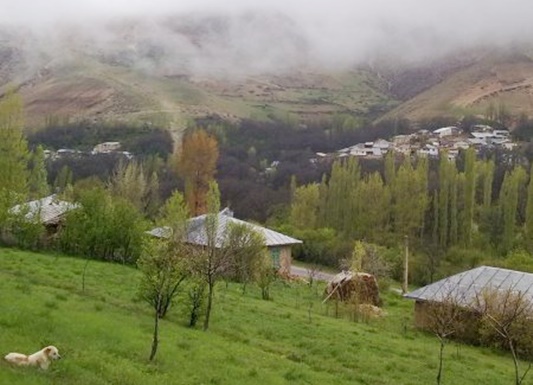 Deserted villages are slowly seeing rejuvenation in north-western Ardebil Province thanks to the growing number of people moving back to their birthplaces after experiencing “city life beset with problems.”

“In the past two decades, 30,000 people migrated from some of Germi County’s 100 villages to bigger cities including Tehran, Karaj and Rasht, as a result of which several villages were abandoned. During the period, the county’s population declined from 120,000 to 80,000,” IRNA quoted Mirali Rahimi Zad, county governor as saying.

However, this provincial migration pattern now seems to have reversed. Barely two years ago, there were a couple of households in the villages of Haj-Abbas and Masjedlou; now there are over 17 and 15 households in the two villages, respectively.

Jahanbakhsh Firouzi, the administrator of Garmi Angut village also said that the provision of infrastructure facilities and economic opportunities has played an important role in encouraging rural people to return to their villages.

“The establishment of one of the biggest sanitary-ware factories in Germi County is in its final stages. It will create thousands of jobs for residents and encourage migration back to the rural regions.”

Government investment in improving industrial agriculture in the rural areas can also help revive the economies of semi-deserted villages.

Ali Abbasi, who recently returned to Haj Abbas village, was nostalgic. “The village got its name from our ancestors. By keeping about 100 sheep, we can provide the daily requirement of meat, milk, yoghurt, butter and cheese for ourselves. We can also sell surplus dairy to improve our livelihoods.”

“By choosing to return to the village we have opted for an affordable hassle-free lifestyle,” he added.

There is an ancient mosque in the village considered a tourist attraction. Also, the newly built affordable housing units in the village will encourage those who left to return to their birthplace, he said.

According to experts, unaffordable housing is a major reason why people are quitting the cities, where the standard of living is also high, and shifting to smaller places. In the past few years, there has been a growing trend of city people migrating to the northern and north-western provinces with a chief aim of permanently settling down. The pleasant climate and comparatively low cost of housing has also encouraged the original inhabitants to move back to their roots.

Although it may appear that the rural-urban migration trend is reversing in the country, however, the movement of people from rural areas to bigger cities is still far higher than vice versa.

There are more than 64,000 villages in the country, of which 33,000 remain deserted due to years of drought and water scarcity, unemployment and the resulting poverty. Migration from rural areas also occurs as better health, education and schooling facilities become available in cities and bigger towns. Add to this the presumption of many rural inhabitants, the youth in particular, that the grass is greener on the other side.

Many developed nations have focused their decentralization policies on rural areas and prioritized the agricultural sector, and have been successful in reducing the rate and pace of urbanization.

A recent report by Iran’s Majlis (parliament) Research Center, a think tank, called for the development of rural communities and livelihoods to prevent the increasing trend of rural-urban migration.

The Statistical Center of Iran says that while the overall population growth rate is less than 2%, the growth of urban population on average is over 13%.