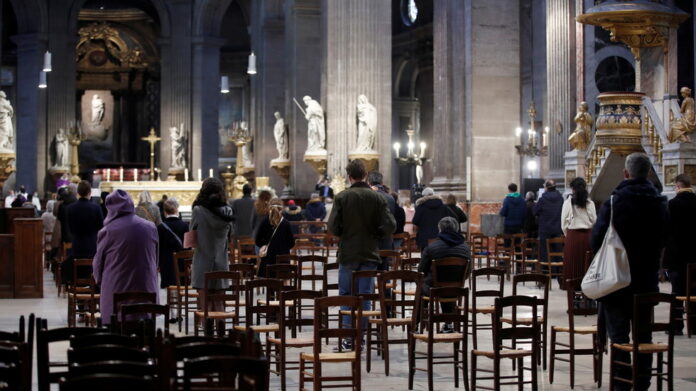 An independent inquiry into allegations of sexual abuse within France’s Catholic Church has found that hundreds of thousands of children were victims of the crime in seven decades.

An estimated 330,000 children have been victims of sexual abuse within the French Catholic Church over the past 70 years, a report has found.

Jean-Marc Sauve, head of the commission that led the investigation into child sexual abuse, stated on Tuesday that the Church had showed complete and sometimes cruel indifference to the victims.

Responding to the findings, Pope Francis said “his thoughts go to the victims, with great sorrow, for their wounds”. In a statement the Vatican announced that the Pope had “learned with sorrow” about the contents of the investigation and hoped that “the Church of France, in the awareness of this terrible reality … may embark on … redemption”.

The report, which is the first major examination of the abuse perpetuated within the Church, included abuses committed by priests and other clerics as well as by non-religious people involved in the church.

Sauve, speaking at a press conference on Tuesday, noted that about 80 per cent of the victims were male.

An estimated 216,000 children were said to have been victims of abuse directly at the hands of the clergy over the same time period.

“The consequences are very serious,” Sauve continued, stating, “About 60 per cent of men and women who were sexually abused encounter major problems in their sentimental or sexual life.”

He added, “These numbers are more than worrying, they are overwhelming and can in no way go unanswered.”

The 2,500-page report is the work of a commission that has worked for two and half years listening to victims and studying church, court, police and press archives from the 1950s onwards. The Independent Commission on Abuse in the Church (Ciase) was made up of 22 legal professionals, doctors, historians, sociologists and theologians and worked independently from the Church.

It was set up in 2018 after Pope Francis passed a measure instructing those who know about sex abuse in the Catholic Church to report it to their superiors.

President of the Bishops’ Conference of France and archbishop of Reims, Eric de Moulins-Beaufort, spoke at the press conference on Tuesday, saying, “We have heard the voices of the victims, we have heard the numbers, they are beyond what we could imagine.

“It is truly unbearable. I express my shame, my fear, my determination to act. You, the victims, some of whom I know by name, I want today to ask for your forgiveness,” he added.

Olivier Savignac, head of the victims association “Parler et Revivre” (Speak out and live again), who helped with the research, stated that the high ratio of victims to abuser is particularly “terrifying for French society, for the Catholic Church”.

The phone hotline that was launched at the beginning of the probe received 6,500 calls from alleged victims or people who said they knew a victim of child sexual abuse within the Church.

The commission’s research uncovered a “minimum estimate” of between 2,900 and 3,200 paedophile priests or other members operating within the Church from 1950 to 2020.

Sauve denounced the Catholic Church’s attitude to abuse as “a deep, cruel indifference toward victims”. He added that they were “not believed or not heard” and were sometimes seen as being “in part responsible” for what happened”.

Sauve called for urgent reform of the Catholic Church’s approach to teaching on the subjects of sexuality, obedience and the sanctity of priesthood.

He concluded his presentation of the report by noting, “We have contributed as much as possible to uncovering the truth … Our hope cannot and will not be destroyed. The Church can and should do whatever is necessary to restore what has been damaged, and to rebuild what has been broken.”

The bombshell report comes a year after the Catholic Church was rocked by the trial of Bernard Preynat, the French Catholic priest who was sentenced to five years in jail for sexually abusing scouts in his care between 1971 and 1991.

One of Preynat’s victims, Francois Devaux, said that “with this report, the French [Catholic] Church for the first time is going to the root of this systemic problem. The deviant institution must reform itself.” He warned that “some victims did not dare to speak out to trust the commission”.