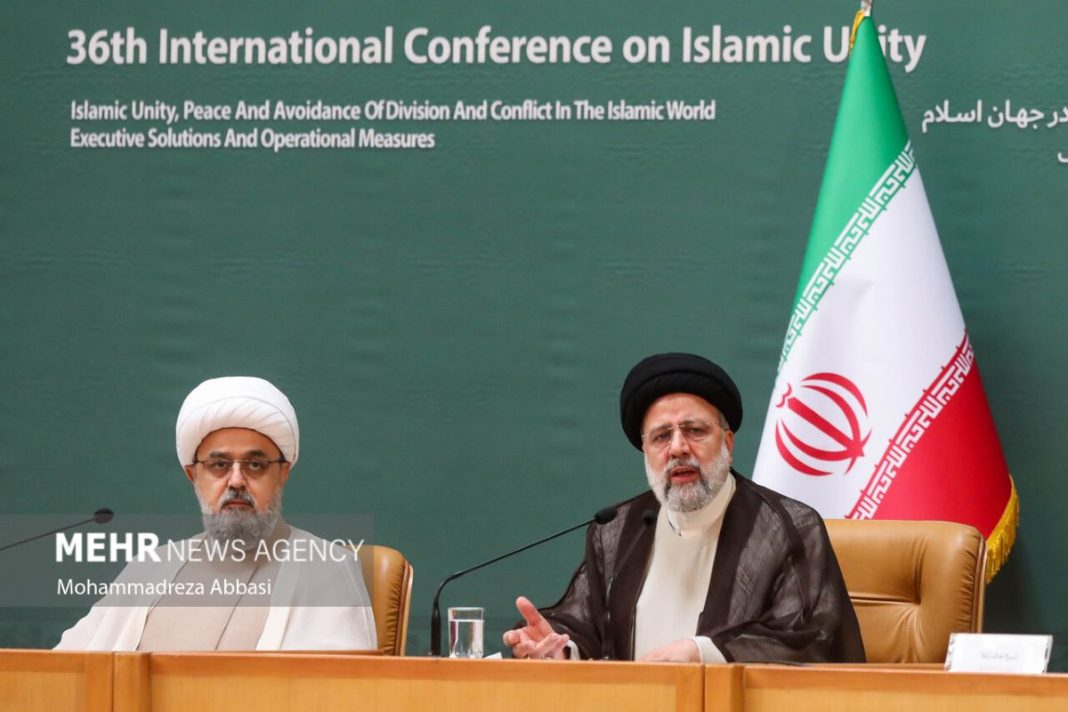 Iranian President Ebrahim Raisi has stressed the significance of unity within the Islamic world, saying today unity is not a tactic, but a basic strategy for Muslims.

President Raisi made the remarks in the opening ceremony of the 36th International Conference on Islamic Unity in the Iranian capital Tehran on Wednesday.

President Raisi said Islam, as a comprehensiveness religion that can meet all the needs of today’s mankind, is the only power that can stand up against hegemonic systems.

The Iranian president censured some Arab and Muslim states that opted for normalizing ties with the Zionist regime at the cost of Palestinians, warning the US and Israel seek to cause rifts among Muslims.

He highlighted unity among Muslims in face of the Israeli aggression against Palestinians and emphasized that resistance is the only viable option to confront the occupying regime.

“Those who thought the way to save Palestine passes through the negotiating table and talking and sitting with those who do not understand logic, were wrong and they saw that the process of compromising with the Zionists failed and, instead, the process of resistance emerged victorious,” he said.

The conference will last until Friday when the Leader of the Islamic Revolution Ayatollah Seyyed Ali Khamenei will receive guests from several countries.