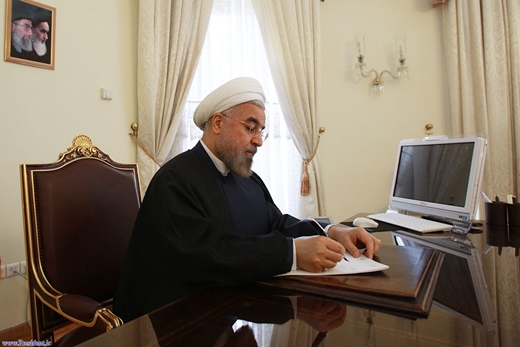 National Reporter’s Day on August 8 marks the martyrdom of IRNA correspondent in Afghanistan Mahmoud Saremi 17 years ago in the northern Afghan city of Mazar-i-Sharif.

Underlining the role of reporters in conveying the realities to the people, the president described reporters as ‘the living conscience and awake eyes’ of society on the path to growth and prosperity.

The president said that responsible reporters are actually dependable and friendly advisers to senior officials and executives of the country.

Rouhani called on the Ministry of Culture and the Islamic Guidance and the Ministry of Labor, Social Welfare and Cooperatives to support reporters and pledge to remove their financial difficulties and give them more professional freedom.

In another development, the Ministry of Foreign Affairs issued a statement and offered felicitations on National Reporter’s Day.

National Reporter’s Day marks the martyrdom of IRNA correspondent in Afghanistan Mahmoud Saremi 17 years ago in the northern Afghan city of Mazar-i-Sharif.

In its statement, the Foreign Ministry appreciated efforts by Iranian media for satisfactory coverage of nuclear negotiations between Iran and six world powers.

Highlighting the role of the media in raising public awareness, the statement hailed the non-stop efforts of all reporters, particularly those active in the area related to the Foreign Ministry.

The statement wished success and prosperity for all those engaged in this ‘sensitive and difficult job’.