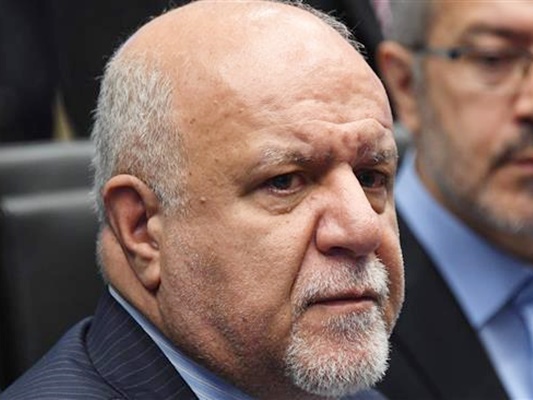 Iran’s Petroleum Minister Bijan Namdar Zangeneh has reiterated Tehran’s determination to increase oil production even in the face of a downward spiral of global crude prices.

On Saturday June 18, Zangeneh, stressed Iran’s resolve to regain its OPEC market share of pre-sanctions levels in 2011, noting that “Some are unhappy about Iran’s production increase and cite that as the reason for price reduction. But even if the oil price hits 20 dollars [per barrel], the plan for an output rise to the level of pre-sanctions periods will continue,” the official IRNA news agency quoted him as saying.

Iran has been ramping up its oil production and reclaiming market share after the lifting of Western sanctions in January with the implementation of an international agreement that put curbs on its nuclear program. Tehran previously expressed concern over market oversupply and low oil prices but also reiterated its right to regain its pre-sanctions market share.

Last week, the minister said Iran’s oil production had surpassed 3.8m bpd, of which about 2m barrels get exported.

Zangeneh added that exports, which stood at 0.97 million barrels per day in 2013, had in effect almost doubled.

This is while Iran’s oil minister has previously said that the country needs an investment of $200 billion over the next five years to implement plans to boost oil and gas production.