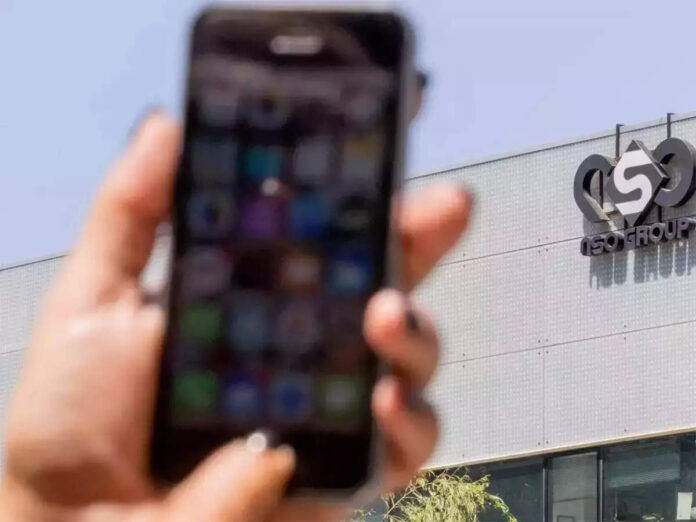 Several Palestinian activists targeted by Israeli criminalization and surveillance have pledged to keep working amid threats. Israel has recently hacked their cell phones.

Palestinian civil society employees and political activists say they are determined to continue their work despite the criminalization of their organizations by Israel and the hacking of their phones with Pegasus spyware developed by Israeli company NSO Group.

On October 19, Israel designated six internationally renowned Palestinian civil and human rights organizations as “terror groups” under its domestic Anti-Terrorism Law, claiming they had connections with the left-wing Popular Front for the Liberation of Palestine (PFLP) group. The PFLP’s armed wing was active during the Second Intifada and carried out attacks against Israeli targets.

The rights groups deny any links to the PFLP and Israel has failed to publicly release any evidence to substantiate its claims.

The “terror” designation was followed by military orders in the occupied West Bank labelling the organizations as “unlawful” under British-era Defense Emergency regulations.

“I will carry on working to help Palestinians no matter what,” Salah Hammouri, a lawyer for Addameer prisoner rights group – one of the targeted organizations – told Al Jazeera.

Hammouri, a Palestinian-French national from Jerusalem, is one of six Palestinian activists that had their phones hacked by Pegasus spyware. He is also facing deportation after the Israeli Interior Ministry announced the revocation of his Jerusalem residency permit on the grounds of “breach of allegiance to the State of Israel”.

Afraid of being arrested and/or deported, he has been forced to relocate to Ramallah.

“I can’t leave Ramallah and return to my home in Jerusalem to see my family because if I cross a checkpoint I may be arrested,” he said, adding, “I don’t sleep at night because every time I hear noises outside I think it’s Israeli soldiers.”

In addition to Addameer, the five other civil society and human rights organizations include Al-Haq rights group; the Union of Palestinian Women’s Committees (UPWC); the Union of Agricultural Work Committees (UAWC); the Bisan Center for Research and Development; and the Palestine chapter of the Geneva-based Defense for Children International organization.

Some of the groups conduct a range of critical human rights work – including documenting Israeli rights abuses, providing legal aid to detainees, conducting local and international advocacy, and working with the International Criminal Court and the United Nations.

Others, such as the UAWC, provide hands-on aid to Palestinians, including by rehabilitating land at risk of confiscation and helping tens of thousands of farmers in Area C – the more than 60 percent of the occupied West Bank under direct Israeli military control, and where all illegal Israeli settlements and settlement infrastructure are located.

“There were some bizarre things happening on my phone such as people receiving calls from me which I hadn’t made,” Halaika told Al Jazeera.

As a result of his concerns, Al Haq asked Front Line Defenders, an Irish-based human rights organization, to investigate the matter.

Following an extensive forensic investigation, Front Line discovered that in addition to Halaika’s phone, which had been under surveillance since June 2020, at least five other phones belonging to employees of the six organizations and other rights activists had been infected with Pegasus spyware.

Addressing a press conference in Ramallah last week via video link, Front Line Defenders’ Mohammed Al Maskati, who is also the head of the Bahrain Youth Society for Human Rights, stated that further forensic investigation of 75 iPhones used by Palestinian human rights defenders and employees of civil society organizations had revealed that at least five additional devices were also hacked.

On November 3, the US Department of Commerce announced the placement of the NSO Group on its “entity list” – effectively banning the business as it said those tools had enabled foreign governments to conduct transnational repression which threatened rules-based international law.

Halaika said he was devastated at the investigation’s findings.

“I never thought that things could go this far,” he continued, adding, “Can you imagine how you would feel if you knew that your every movement and telephone conversation was being monitored by unknown people, that your safety was compromised and that you had no privacy?”

“It felt like I was living in the twilight zone,” he continued.

Halaika noted he had changed phones but was aware that living in occupied East Jerusalem, which is heavily monitored by the Israeli authorities, he would be subject to all sorts of other surveillance such as Israel’s facial recognition programme, which is integrated into street cameras and other forms of surveillance.

“I’m trying to continue my work as normal but it’s not easy,” Halaika said, adding, “What really hurts is that confidential information I had worked on with private contacts, in regard to pursuing Israeli war crimes at the International Criminal Court, was uncovered during the surveillance and has hurt some of my contacts.”

Halaika told Al Jazeera he was afraid of being arrested by Israeli forces, particularly as Israel’s administrative detention policy of Palestinians can be carried out on the basis of secret evidence with the detention orders renewed every six months.

The phone of Ubai al-Aboudi, executive director of the Bisan Centre for Research and Development, an NGO and non-profit organization which conducts social mobilization for Palestinian rights, was also infected with Pegasus spyware.

“This is more than just eavesdropping, it’s terrifying. The spyware takes complete control over the phone. It can make calls to anybody, send messages and it can download content,” Aboudi told Al Jazeera.

“Whoever is operating the surveillance equipment could phone somebody in the Islamic State [ISIL/ISIS] and then say I have been dealing with terrorists,” Aboudi added.

Aboudi said the violation had affected his daily life because all his contacts were on his phone, as well as his alarm and his diary. He said he had been forced to get a new phone and re-upload all the relevant information.

He acknowledged that there was a real possibility that his office could be raided by the Israelis but said he would not be removing files or sensitive material because this was not in accordance with Palestinian or international law and that his organization was not an armed group that should be forced to work underground.

“It’s also placed pressure on my staff and increased their workload,” he added.

“We are a small office with seven employees and have been forced to focus on responding to the false allegations against us while increasing our advocacy work against the ‘terror’ designation instead of concentrating on our normal human rights work,” he said.