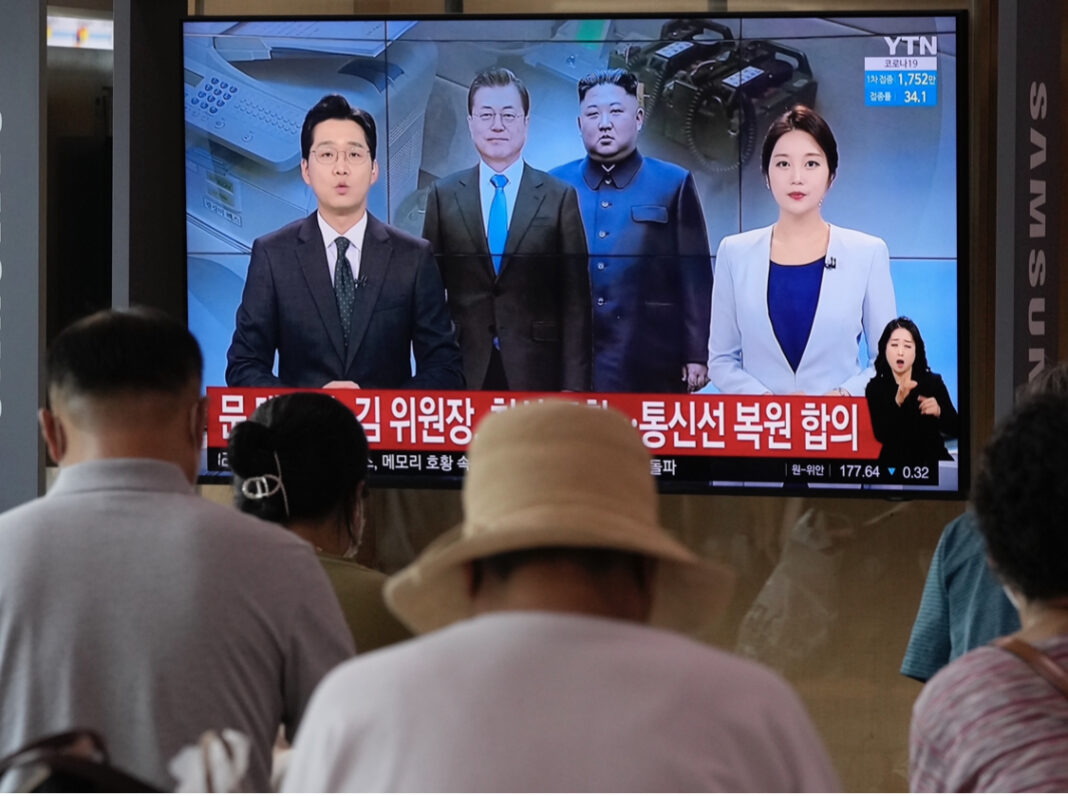 North Korea has refused to agree to a formal end to the Korean War, which ended in 1953 with an armistice but not through a formal treaty.

North Korea has rejected as premature a call by the South to declare a formal end to the decades-long Korean War as long as the “US hostile policy” toward Pyongyang persists.

North Korea’s Vice Foreign Minister Ri Thae Song made the comment on Friday in response to South Korean President Moon Jae-in’s call for an official declaration to end the 1950-53 Korean War as a way to restore peace on the Korean Peninsula.

“Nothing will change as long as the political circumstances around the DPRK remains unchanged and the US hostile policy is not shifted although the termination of the war is declared hundreds of times,” Ri said, using North Korea’s official name, the Democratic People’s Republic of Korea.

“The US withdrawal of its double standards and hostile policy is the top priority in stabilizing the situation of the Korean peninsula and ensuring peace on it,” he added.

The North Korean diplomat underlined that American weapons and troops deployed in South Korea and its vicinity as well as regular US military drills in the region “all point to the US hostile policy toward North Korea getting vicious day by day”.

In his speech at the United Nations General Assembly earlier this week, the South Korean president proposed that the two Koreas, the United States, and possibly China declare the formal end to the 1950 war which is still technically being fought since a ceasefire was declared in 1953.

US President Joe Biden claimed in his address to the UN assembly on Tuesday that Washington wanted “sustained diplomacy” to resolve the crisis surrounding North Korea’s nuclear and ballistic missile programs.

North Korea has rejected US overtures as long as Washington presses on with its unilateral sanctions against Pyongyang and military drills near its coasts.

In a meeting held Wednesday on the sidelines of the UN General Assembly in New York, senior diplomats from the United States, South Korea, and Japan discussed North Korea and other regional issues in the wake of a series of missile tests by Pyongyang.

The meeting came after North Korea fired two ballistic missiles off its east coast earlier this month and South Korea test-fired a submarine-launched ballistic missile (SLBM) for the first time just hours after.

The show of force marks the latest volley in an arms race in which both countries have developed increasingly sophisticated weapons amid fruitless efforts to start talks to defuse tensions.

The influential sister of North Korean leader Kim Jong-un has said her country is willing to resume talks with South Korea if conditions are met and the South drops its “hostile” stance, indicating it wants Seoul to persuade Washington to relax crippling economic sanctions.

She offered the talks while dismissing Moon’s call for a political declaration to end the 1950-53 Korean War as a way to bring peace to the peninsula.

“Smiling a forced smile, reading the declaration of the termination of the war, and having photos taken could be essential for somebody, but I think that they would hold no water and would change nothing, given the existing inequality, serious contradiction therefrom and hostilities,” Kim Yo Jong stated in the statement carried by state media.

“Under such a situation it does not make any sense to declare the end of the war with all the things, which may become a seed of a war between parties that have been at odds for more than half a century, left intact,” Kim added.

She said North Korea is willing to restore “constructive” talks with South Korea to discuss how to improve and repair strained ties under certain conditions.

“What needs to be dropped is the double-dealing attitudes, illogical prejudice, bad habits and hostile stand of justifying their own acts while faulting our just exercise of the right to self-defence,” she added.

“Only when such a precondition is met, would it be possible to sit face to face and declare the significant termination of war and discuss the issue of the north-south relations and the future of the Korean peninsula,” she continued.

On Friday, Deputy Foreign Minister Lee Tae-sung said the situation in the region does not enable a peace treaty to be signed between Pyongyang and Washington yet.

“There no assurance that signing a declaration ending the war will make the US abandon its hostile policy towards North Korea, especially amid the current situation on the Korean Peninsula,” the statement reads.

“Let them proclaim an end to the war hundreds of times, but nothing will be different until the political situation around us changes and the US’ hostile policy,” the senior diplomat insisted.

According to Lee Tae-sung, Pyongyang views the adoption of the relevant document as a premature step, which cannot resolve the existing disagreements.

“It is necessary to understand that currently, the declaration ending the war will not help stabilize the situation on the Korean Peninsula and can be used as a cover for the US’ hostile policy,” the diplomat added.

The deputy foreign minister pointed out that the main condition for ensuring stability on the Korean Peninsula was for Washington to ditch its double standards and aggressive policies.