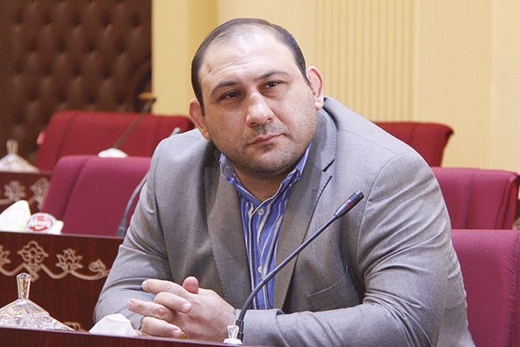 Alireza Rezaei from Iran has been appointed as caretaker of the International Pahlavani Wrestling Federation, it was announced on Monday May 9.

Rezaei was appointed to the post at the first meeting of the International Pahlavani Wrestling Federation’s board of directors, which was held in the Turkish city of Istanbul on May 8.

He will remain in his post until the next congress of the body is held in the Belarusian capital, Minsk, in Oct 2016.

As per the decision made by International Pahlavani Wrestling Federation’s board of directors, Tehran was selected as the headquarters of the federation.

On May 3, 2016, the International Pahlavani Wrestling Federation started its operation as the governing body responsible for the organization of major international tournaments of the sport. The federation was established following United World Wrestling’s green light, as well as strenuous efforts made by the Islamic Republic of Iran Wrestling Federation (IRIWF) and a number of foreign federations in holding international Pahlavani wrestling tournaments in 2015 and 2016.

Pahlavani wrestling can trace its lineage back to ancient Persia, and was originally used to train warriors. It combines martial arts and wrestling techniques, calisthenics, strength training and epic music.

The two competitors try to outmanoeuvre each other by throwing their opponent over their shoulder. The wrestler is allowed to grip his opponent’s shorts or belt. He can also use his or own legs to off-balance a rival, throwing him to the ground.

The United Nations Educational, Scientific and Cultural Organization (UNESCO) has recognized Pahlavani wrestling as being among the world’s longest-running forms of sport.