Participations at the New Delhi Regional Security Dialogue have stressed the necessity of forming an ‘open and truly inclusive government that represents the will of all the people of Afghanistan’. They also underscored respect for the rights of women, children and the minority groups.

At the meeting, the NSAs voiced strong support for a stable Afghanistan, “respect for the sovereignty, unity, and territorial integrity and non-interference in its internal affairs”.

They also called to ensure that the fundamental rights of women, children and minority communities are adhered to.

Issuing a joint declaration after the event, the countries expressed deep concern over the humanitarian crisis in Afghanistan and condemned the terrorist attacks in Kunduz, Kandahar, and Kabul.

While the dialogue was attended by the security heads of Russia, Iran, Kazakhstan, Kyrgyzstan, Tajikistan, Turkmenistan, and Uzbekistan, China did not participate this time, the third edition of the dialogue, due to “scheduling reasons”. Pakistan had earlier refused to participate due to differences with India.

“The sides paid special attention to the current political situation in Afghanistan and threats arising from terrorism, radicalisation, and drug trafficking as well as the need for humanitarian assistance,” the Delhi Declaration issued after the meeting read.

The nations emphasised that Afghan territory should not be used for sheltering, training, planning, or financing any terrorist acts.

The NSAs highlighted that it is of high importance that an “open and truly inclusive government representing the will of the entire people of Afghanistan, which will include representatives of all major ethnopolitical forces” is formed in Afghanistan.

“Inclusion of all sections of society in the administrative and political structure is imperative for the successful national reconciliation process in the country,” the declaration noted.

The security heads reiterated that humanitarian assistance should be provided in an unimpeded, direct, and assured manner to Afghanistan and that the assistance is distributed within the country in a non-discriminatory manner across all sections of Afghan society.

Russian Security Council Secretary Nikolai Patrushev advised the countries holding security dialogue mechanisms on Afghanistan to avoid duplicating each other’s work, but to “complement each other”.

Patrushev hoped that the Delhi Regional Security Dialogue on Afghanistan will be a step forward in finding common measures to ensure national security and maintain regional stability.

“We expect that the practice of holding such meetings will be continued, including by introducing other relevant regional questions in the agenda,” Patrushev said at the Delhi Regional Security Dialogue on Wednesday.

India’s National Security Adviser Ajit Doval agreed with Patrushev, stating his advice will be considered when carrying out such meetings on Afghanistan.

Doval, chairing the eight-nation dialogue, said it is time to have close consultations, greater cooperation, and coordination among the countries in the region on the Afghan situation.

“We are meeting today to discuss matters relating to Afghanistan. We all have been keenly watching the developments in that country. These have important implications not only for the people of Afghanistan but also for its neighbours and the region,” Doval added. 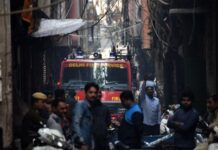 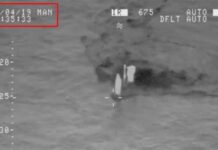 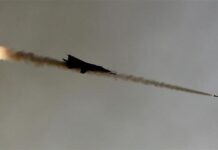 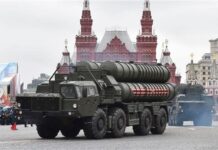