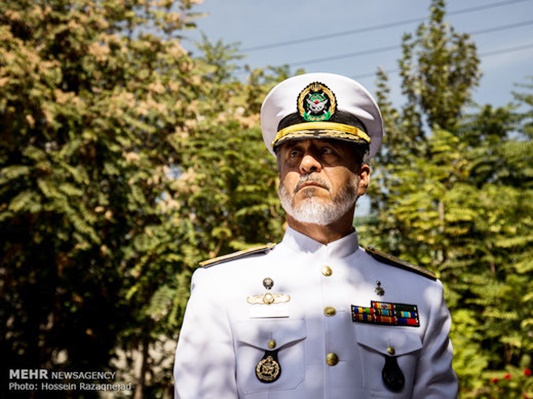 Navy Commander Sayyari said that the Sahand destroyer of the Moudge class, which is 90% complete, will be delivered to the military fleet this year, adding that the Navy will stage its biggest drill in February next year in the Sea of Oman and the Indian Ocean.

The Commander of Iran’s Army Navy, Rear Admiral Habibollah Sayyari, told Mehr on Tuesday June 14 that the Moudge 5 destroyer, also known as Sahand, has been 90% completed, while Moudge 3 and 4 are 80% finished.

“The exact date of delivery for the Moudge 5 destroyer to the Navy will be decided after technical, military and navigation tests have been conducted; it will most likely be some time this year,” he added.

According to experts, the Sahand destroyer is 30% more radar-elusive than its former versions, he said.

“By February 2017, the Navy will have staged 20 drills, and the most important and biggest of which – if approved and funded – will be held sometime in February in the Sea of Oman to the 10th parallel of the Indian Ocean,” he said.

Iran’s navy has so far staged drills in the northern Indian Ocean, Red Sea, Gulf of Aden, the southern Indian Ocean, South China Sea, Mediterranean, and Pacific Ocean, said Sayyari, adding, “We have not yet decided on a country bordering the Atlantic Ocean to send the Islamic Republic’s message of peace and friendship there. Once decided, the navy will dispatch a military flotilla to the Atlantic Ocean as well.”