Larijani Criticizes West for Sending Arms to Terrorists in Syria 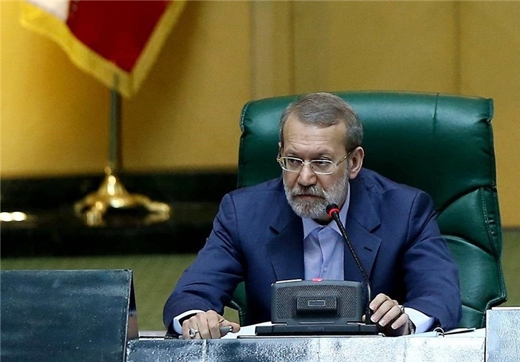 Iranian Parliament Speaker Ali Larijani censured the West’s continued support for terrorist groups in Syria, saying that an arms cargo ship had been recently sent to terrorists in the northern city of Aleppo by certain European countries.

Speaking in an open session of the parliament on Tuesday, Larijani pointed to the recent massive attacks carried out by terrorist groups on civilians in Aleppo despite a truce in Syria, saying that terrorists had committed heinous crimes during the ceasefire.

It seems that initiating a ceasefire and organizing arms shipments to Syria, including a recent arms cargo ship sent from Europe, was a plot hatched by the West and its regional allies to make further gains in ongoing UN-brokered peace talks, he claimed.

As in the past, the arms sent to terrorists in Syria will be eventually used against Western countries, the Parliament Speaker cautioned, referring to recent terrorist attacks in the European capitals of Paris and Brussels.

Syria has been gripped by civil war since March 2011 with various terrorist groups, including Daesh [ISIS], currently controlling parts of it.