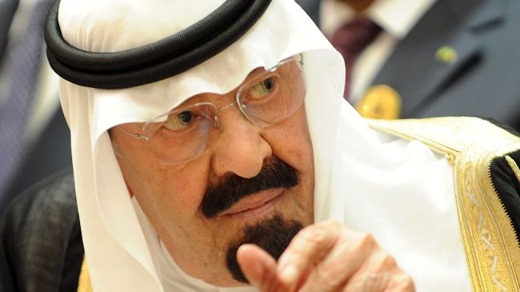 A Saudi Twitter user who has proved reliable in the past says Saudi King Abdullah is likely to pass away within three days.

A Saudi social networking user, who seems to have sources at the Saudi royal court, has quoted well-placed medical sources as saying that Saudi King Abdullah is likely to pass away within three days.

According to Fars News Agency, Mujtahid, a Saudi national whose stories on his Twitter account have proved reliable in the past said the next three days are crucial in whether the monarch can survive on life support.

The Saudi king was rushed to a medical facility in Riyadh two weeks ago. Saudi officials do not provide updates on his health. 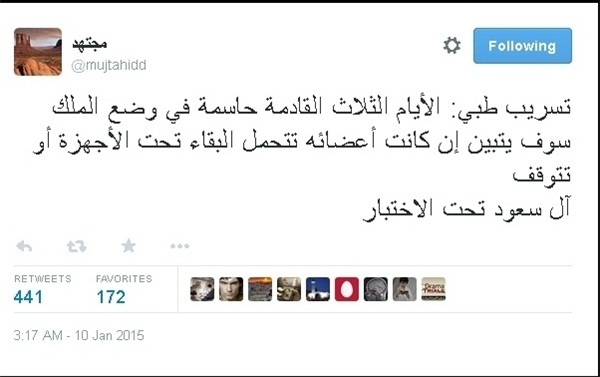