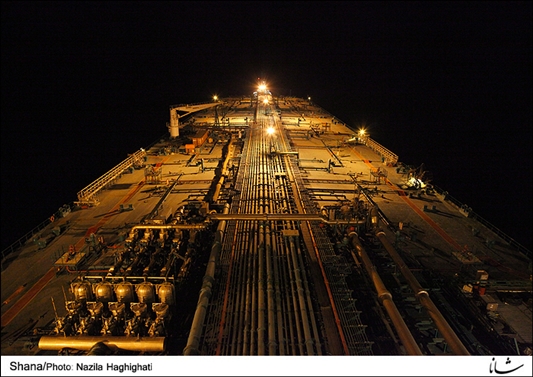 The managing director of the Iranian Oil Terminals Company (IOTC) says Kharg Oil Terminal has increased its export capacity and can now load 8 oil tankers at the same time.

Saeid Pirouz Mousavi said the raise comes after infrastructural upgrades in the terminal carried out by domestic developers and took over two years. He said the terminal has enough capacity to increase the country’s crude oil exports.

Mousavi said 8 tankers can berth at the eastern harbour of the terminal while another one can get oil loads in a ship-to-ship manner at the terminal. He said Petroleum Ministry experts at Kharg Island are involved in the construction and maintenance of the terminal in line with the requirements of the economy of resistance.

Iran has prepared its biggest oil export terminal on the Kharg Island for increased shipments of crude now that sanctions are being lifted.

Oil from Iran’s fields reaches the island through four 72- and 60-inch pipelines, which run 32km along the seabed. The oil is then stored in tanks for transfer to export jetties on the island and loading.

There is a storage capacity for 30 million barrels of oil on the Kharg Island, giving it more flexibility for exports. The island lies near the Strait of Hormuz, through which a fifth of global oil exports pass.

Iran has prepared its oil terminals for 6 million barrels per day (bpd) of exports in a ban-free context.