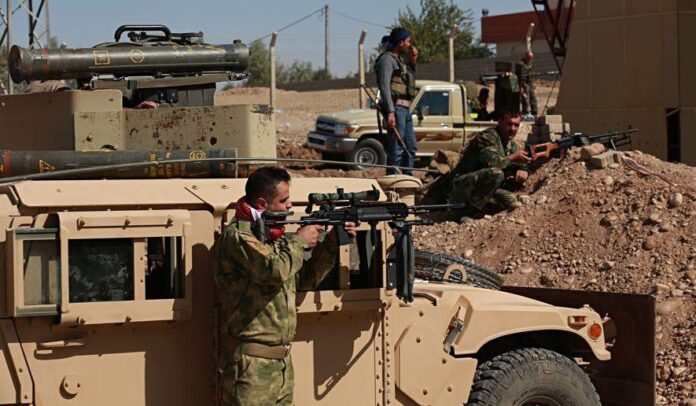 The Iraqi Kurdistan has offered to suspend the results of its recent independence referendum in an effort to resolve a crisis in relations with Baghdad via dialogue rather than military means.

Senior leaders with the Kurdistan Regional Government (KRG) are calling for “an immediate ceasefire and halt to all military operations in the Kurdistan region” in order to create an “open dialogue” between Erbil and Baghdad over the fate of Kurdish-held territories in the ethnically diverse Nineveh province, says an official KRG statement.

“As Iraq and Kurdistan are faced with grave and dangerous circumstances, we are all obliged to act responsibly in order to prevent further violence and clashes,” between Kurdish Peshmerga forces, Iraqi military troops and Popular Mobilization Units or PMUs, officials said in the statement released late Tuesday night.

“Continued fighting does not lead any side to victory, but it will drive the country towards disarray and chaos, affecting all aspects of life,” KRG officials said, The Washington Times reported.

The move is a clear win for the government of Iraqi Prime Minister Haider al-Abadi, who directed the Iraqi Army to begin retaking Kurdish-held territories in northern Iraq, days after voters in Iraqi Kurdistan overwhelmingly approved a referendum that put territory on the path to independence.

Despite the KRG statement, an Iraqi military spokesman suggested an offensive to wrest back Kurdish-held territory would continue regardless, Reuters reported.

The Iraqi government has transformed the balance of power in the north of the country since launching a campaign last week against the Kurds, who govern an autonomous region of three northern provinces.

Baghdad declared the referendum illegal and responded to the vote by seizing back the city of Kirkuk, the oil-producing areas around it and other territory that the Kurds had captured from militant group Islamic State.