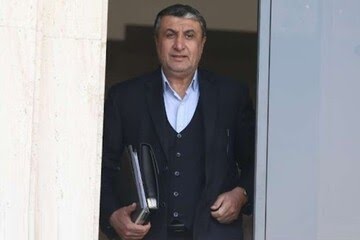 The new head of the Atomic Energy Organization of Iran (AEOI) has pledged to overcome obstacles and traps set by foreign powers in the way of the country's progress.

On his first day at the AEOI in Tehran, Mohammad Eslami stressed the importance of domestic capabilities in overcoming problems facing the Islamic Republic.

“With help from God and through relentless efforts of our knowledgeable and valuable personnel especially the youths working for this organization, we can definitely succeed,” the new Iranian atomic chief said during an interview in the presence of his predecessor Ali Akbar Salehi.

Eslami also highlighted the strategic role of the Atomic Energy Organization of Iran, adding that the organization should intensify its efforts to boost Iran’s national strength.

In a decree on Sunday, President Ebrahim Raisi appointed Eslami as vice president and AEOI chief. He replaces Salehi who held the post since August 2013.

Eslami served as Minister of Road and Urban Development in the administration of former president Hassan Rouhani.