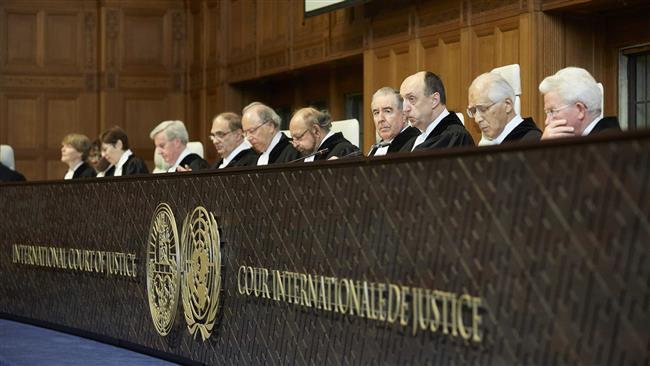 Iran says a lawsuit that it had submitted to the International Court of Justice (ICJ) – the principal judicial organ of the United Nations – against the United States last summer for freezing billions of dollars worth of its assets has been officially put in motion.

IRNA news agency quoted a statement by Iran’s Presidential Office as saying that the lawsuit concerned the US freezing of $2 billion worth of assets of the Central Bank of Iran (CBI) and had been originally filed with the ICJ last June.

The statement said Iran recently presented to the Court a precise evaluation of the reparations owed by the US through more than 2,000 pages of documents.

The statement further added that presenting the documents, which had taken seven months to collect, was a necessary step for the start of the ICJ proceedings.

It also emphasized that Washington’s seizure of Iran’s assets was against the Treaty of Amity, Economic Relations, and Consular Rights which had been signed by the two countries in August 1955 – referred to as the 1955 Treaty – and was “still effective.”

Other assets that had been mentioned in the lawsuit were those which belonged to Iranian companies but which had been confiscated in the US by virtue of “baseless” rulings by American courts, the Presidential Office said.

The Iranian government accordingly urged the ICJ to urge the US to stop its violations of international obligations and make full reparations to Iran for the losses it incurred.

As per the statement, under ICJ rules, the US would have until September 1, 2017 to respond to Iran’s lawsuit.  The Court would accordingly invite both parties to hearings before issuing a final judgment.