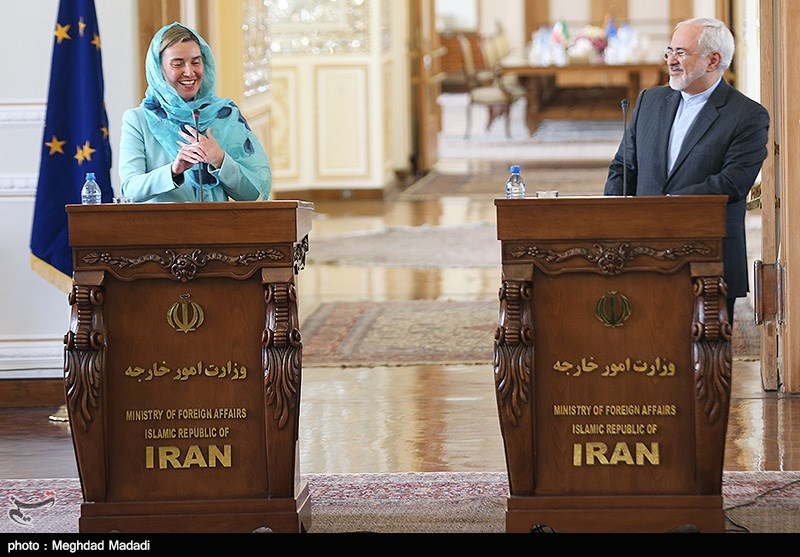 Iranian Foreign Minister Mohammad Javad Zarif called on the signatories to the Joint Comprehensive Plan of Action (JCPOA), the US in particular, to honor their commitments in a way that Iranian people would feel the palpable results of coming into force of the nuclear accord.

“The people of Iran should sense the results of the nuclear agreement as soon as possible, otherwise they will question the usefulness of the deal for Iranians,” Zarif said Saturday at a joint press conference with the European Union’s Foreign Policy Chief Federica Mogherini in Tehran.

“It is necessary for the other side, particularly the US, to honor its commitments in practice, not on paper,” he stressed.

Since one of the main purposes of the JCPOA was to enable Iran to regain access to international financial systems, Tehran will mount pressure on Washington to set the ground for non-American banks to cooperate with Iran.

The JCPOA excludes American banks, but the US has given a commitment not to hamper relations between other banks Iran, Zarif stated.

He further said that the main field of cooperation between Iran and the EU would be ensuring the implementation of the JCPOA, the lasting nuclear deal between Tehran and the Group 5+1 (Russia, China, the US, Britain, France and Germany) that took effect on January 16.

Heading a high-ranking economic and political delegation, Mogherini arrived in Tehran on Saturday to meet senior Iranian officials and discuss issues of mutual interest, including the JCPOA and regional developments.