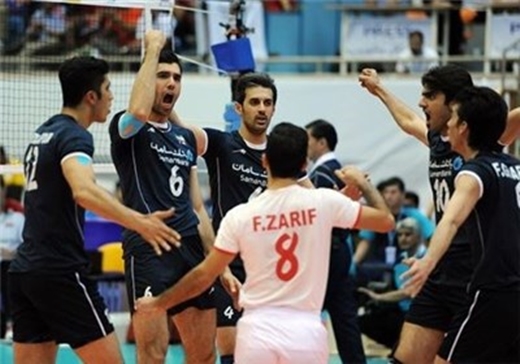 The Iranian volleyball team beat Russia in three consecutive sets, remaining in the third rank of its group.

Iran’s national volleyball team on Friday defeated Russia, the London 2012 Olympic champion, three to nil in its first encounter in the 8th week of the 2015 FIVB World League.

The Iranian volleyball athletes beat Russia (25-21, 25-21, 25-21) to gain their sixth victory in the eighth week of the FIVB World League that started on Thursday and will continue for four days.

With the victory, Iranian National Volleyball Team has gained 18 scores, remaining in the third rank of its group. Russians stood fourth on two points.