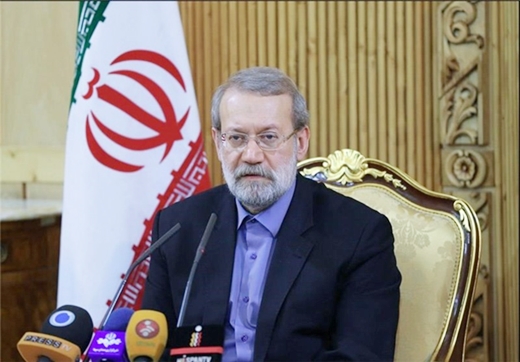 Iranian Parliament Speaker Ali Larijani on Wednesday hailed as “very constructive and positive” the talks he had with a high-ranking parliamentary delegation from Belgium.

Speaking at a joint press conference with President of the Senate of Belgium Christine Defraigne in Tehran, Larijani said that in their talks held earlier on Wednesday, they weighed plans for closer parliamentary ties between Iran and Belgium.

The bulk of negotiations revolved around economic cooperation, including ways to remove trade barriers, he explained.

According to Larijani, another subject discussed in the meeting was the threat of terrorism and the situation in the region as well as the issue of terrorist groups that have become a source of concern for Europe, including Belgium.

The Belgian delegation arrived in Tehran on Wednesday, and is going to hold meetings with Iranian President Hassan Rouhani, Chairman of Expediency Council Ayatollah Akbar Hashemi Rafsanjani, and a number of other officials.

The trip comes against a backdrop of international enthusiasm for enhanced ties with Iran after Tehran and the Group 5+1 (Russia, China, the US, Britain, France and Germany) on July 14, 2015 reached an agreement on Iran’s peaceful nuclear program and started implementing it on January 16.