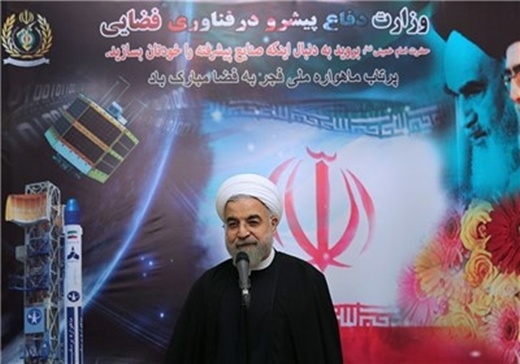 The government is determined to continue the path toward national progress, said President Rouhani, vowing that in a few years Iran’s space needs will be fully fulfilled by domestic technology.

Iran’s President Hassan Rouhani in a message on Monday hailed the recent space accomplishment by Iranian scientists, and said the country would be able to supply all its aerospace needs in the near future.

Earlier on Monday, Iran successfully sent the domestically-made Fajr (Dawn) satellite into orbit as the fourth homegrown satellite successfully launched into space by the Iranian experts.

In his message, Rouhani expressed his congratulations on “the major achievement”, and said, “Prominent Iranian scientists and thinkers have entered a new stage in space sciences.”

“The government is determined to continue the path toward national progress,” he said, promising that in a couple of years, Iran’s space needs will be completely fulfilled by domestic technology.

Iran has in recent years made great headways in manufacturing satellites thanks to the efforts made by its local scientists.