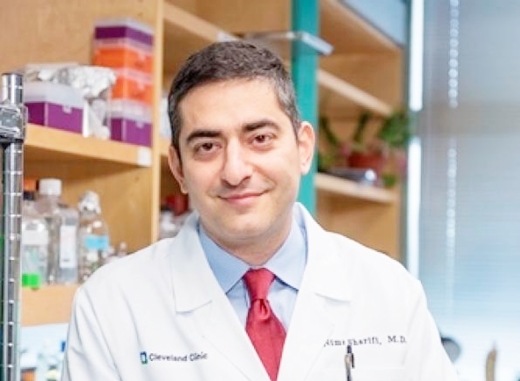 Iranian scientist Nima Sharifi, along with his colleagues at Case Western Reserve University, has opened the door for a new detection method that could allow doctors to diagnose patients with certain cancers far earlier than possible today. The researchers have developed an optical sensor that they claim is one million times more sensitive than the best currently available.

The nanosensor, which fits in the palm of a hand, acts like a biological sieve, isolating a small protein molecule weighing less than 800 quadrillionths of a nanogram from an extremely dilute solution.

“This biosensing platform may help to unlock the next era of initial cancer detection,” said lead researcher Giuseppe Strangi, professor of physics at Case Western Reserve University in the US.

The research was published online in the journal Nature Materials.

“The prognosis of many cancers depends on the stage of the cancer at diagnosis” Strangi said.

These proteins are usually too small and in too low a concentration to detect with current test methods, yielding false negative results.

“With this platform, we’ve detected proteins of 244 Daltons, which should enable doctors to detect cancers earlier–we don’t know how much earlier yet,” he said.

The researchers believe the sensing technology will also be useful in diagnosing and monitoring other diseases as well.

“High sensitivity detection of cancer-specific proteins in blood should enable detection of tumors when they are at an earlier disease stage,” Sharifi said.

“This new sensing technology may help us not only detect cancers, but what subset of cancer, what’s driving its growth and spread and what it’s sensitive to,” he said.

“The sensor, for example, may help us determine markers of aggressive prostate cancers, which require treatments, or indolent forms that don’t,” Sharifi explained.

Strangi’s lab is working with other oncologists worldwide to test the device and begin moving the sensor toward clinical use.

“We consider this just the beginning of our research,” he said.