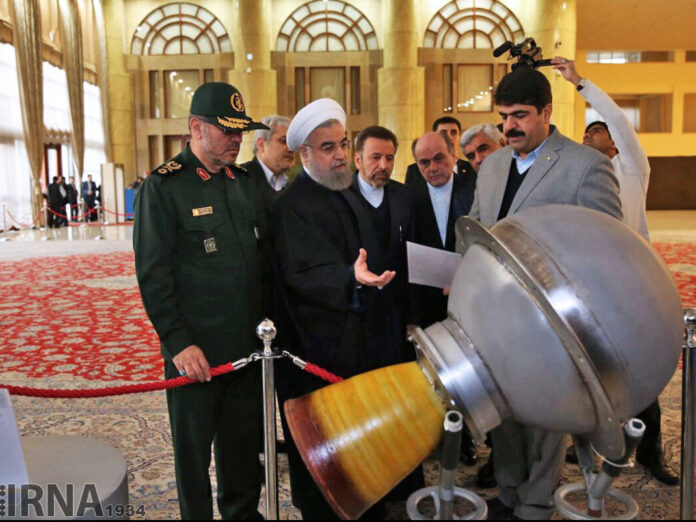 Iran has put on display its latest achievements in the area of space technology during a ceremony attended by President Hassan Rouhani and other senior officials.

The Exhibition of Aerospace Achievements was held  in Tehran on Wednesday to mark the ninth National Space Technology Day.

During the ceremony, the domestically-designed Nahid (Venus) 1 telecommunications satellite, and student-manufactured Cube satellite were unveiled.

Nahid 1 has been manufactured at Iran’s Space Research Center. Though its production, the country has sought to hone its capabilities in building geosynchronous satellites. It is designed to provide Ku-band telecommunication services, carrying out imaging and calculating the speed at which its two solar panels unfold in space after launch.

Speaking at the ceremony, the Iranian president called for efforts to promote domestic capabilities in the field of space technology with the help of relevant international experience.

“It is wrong for us to either be exclusively reliant on buying [technology] from abroad or totally turn our backs on the world’s experience,” said President Rouhani, adding that the country needs to benefit from domestic capabilities as well as its own scientists concomitantly with international experience.